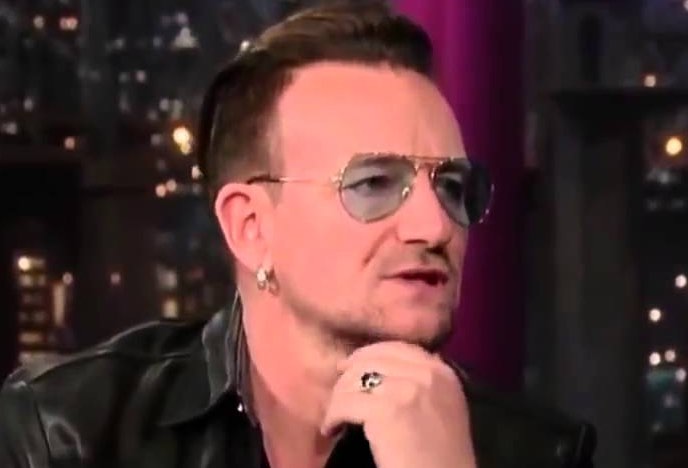 Opinionated U2 frontman Bono‘s music might not be the sweetest thing to one young male model. Daniel Bostic recently took to social media via Twitter to showcase that U2’s infamous ‘Apple only’ album – ‘Songs of Innocence’ is still haunting him all these years later. U2 singer Bono ‘freaks out’ surprising woman in bed.

The model stated: “Remember that awful U2 album that Apple pushed to everyone’s iPhone? It’s the only thing in my iTunes because I use Spotify. Well, my cat has figured out how to tap the top of my HomePod to play music. Now I’m waking up at all hours of the night to U2’s “Raised by Wolves”.

In other news regarding Bono and U2, fans recently took to social media to discuss the aforementioned ‘Songs of Innocence’ album. One fan reviewed: “Simply amazing how these guys have grown and changed as men and musicians. This disc contains some awesome depth and insight into the heart of an incredible band while still making relevant music both in style and substance. Many years after “Sunday Bloody Sunday” burst forth from almost everyone’s boombox, the ashes of the passion and fire that set them apart, continue to reignite and leave me wondering how much new sound can burst forth from a new disc and yet fit perfectly into the huge catalog of their releases to date.” Bono beach photo stuns U2 fans, is he overweight?

The fan continued: “If given a chance, you will find that this set of boys become men from Irish beginnings will score on your heart and soul with tunes that will follow you throughout your day until you can listen all over again.  Every Breaking Wave Song For Someone and the heavy-duty Cedarwood Road just remind me that this group still has plenty of magic left in their careers. Raised by Wolves and Iris will almost seem familiar and yet they cover unique material from a brand new angle. In my opinion, this set is every bit as powerful as anything on The Joshua Tree, and maybe one of their best to date.” U2 member ‘threatened’ at party, was Bono wasted?