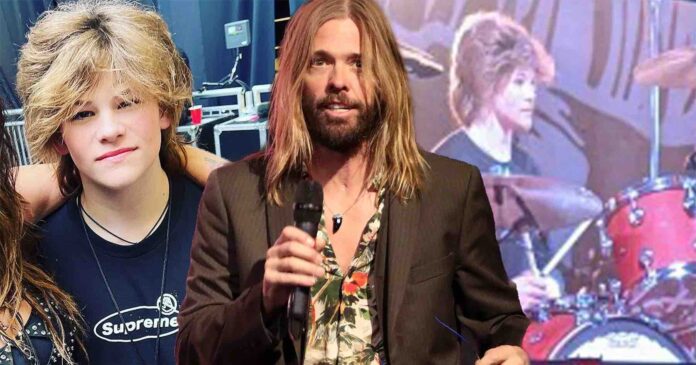 Wolfgang Van Halen has posted about playing at Foo Fighters’ Taylor Hawkins Tribute Concert, “What an amazing young man Shane Hawkins is. We unfortunately have too much in common. I envy his strength, because I certainly don’t have it. Watching him with tears in my eyes obliterate My Hero just like his father in front of a sold out Wembley Stadium is something I will never ever forget. Kid’s got a bright future. I’m proud of you, Shane.”

She dropped a series of pictures on Instagram with the caption: