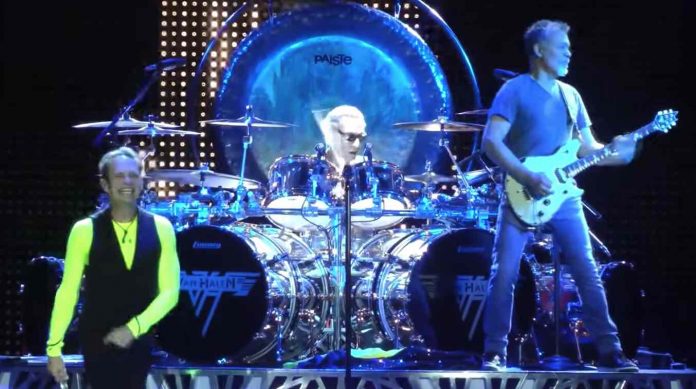 Roth: Let’s go back to boxing. Dave, boxing is something that people have to do. Yes, people want to grow up and become a heavyweight champion but the first time you take a real punch to the head, the first time you wake up with that headache – you are gonna revisit your career path. So who takes up boxing? Those who have to, those who must, those who are compelled to it by virtue of an unfortunate inheritance in terms of the economy, in terms of jobs, in terms of growing up, unfortunate backgrounds, shitty neighborhoods, no backgrounds, one parent, no parent family status with you folks out of the system. Folks who have been incarcerated, going to be incarcerated – it’s all true, all true. However, we love boxing.

Producer: I don’t know exactly, I just know that Floyd Mayweather is one of the most winningest, in terms of money-wise athletes out there.

Producer: Not at all.

A Van Halen icon was savagely insulted after a concert last week. Van Halen were rumored to reunite with Michael Anthony for a summer tour, but it sadly fell through, though David Lee Roth revealed a few months ago that he was meeting with Eddie Van Halen and Alex Van Halen.