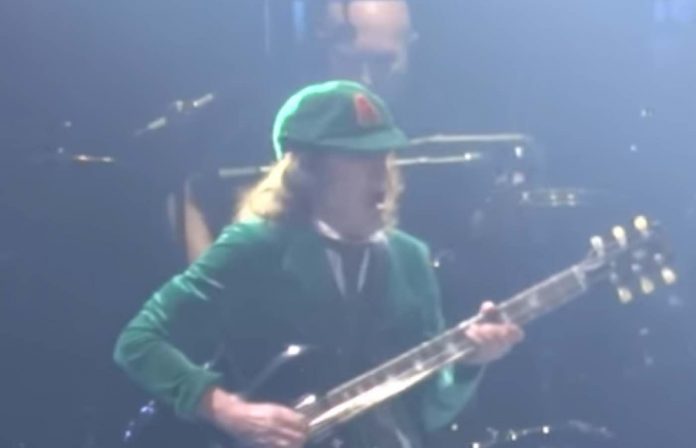 AC/DC drummer Chris Slade has no ill will towards Paul Rodgers despite The Firm’s 1986 breakup. The Firm featured Slade, Rodgers, Jimmy Page, and Tony Franklin. The band only was together for two years, from 1984 to 1986, and they released two albums: 1985’s The Firm and 1986’s We Mean Business.

Slade wrote on Facebook earlier this week, “Happy 70th Birthday!! PAUL RODGERS, a great singer and my bandmate in THE FIRM..”

An AC/DC member recently revealed why a new singer was ‘going down.’ AC/DC fans discussed the band performing “High Voltage” in honor of Bon Scott on the Black Ice tour in a new ACDCFans.net topic. Cannon posted, “It’s right out there on YouTube to view, but I didn’t realize they did High Voltage on BI tour. Wow. This cements Brian Johnson as the genuine class act man he is. What a show of pure humility and respect by him performing this song with the montage of Bon on the screen behind. Beautiful!

I see there may be some other performances from other shows on YouTube that might have been shot better, but this vid focuses more on the screen showing Bon. The timing of Bon’s wink at the end tops it off.

If there’s ever any chance of the near classic lineup doing anything, even just a one-off deal, this is how it should be done. High Voltage as an encore to an encore (after FTATR) with Malcolm added to the montage with Bon.”

Shoot To Thrill responded, “I was at that show. Incredible. They did the Bon tribute in Australia because the Australian shows on the BI tour were the same month as the 30th anniversary of Bon’s passing. The audience reaction to it was very positive.”

HighVoltage added, “Never forget being there at the first Australian show they played on the BI tour in Melbourne & they surprised us with this. Absolutely incredible. I was surrounded by casuals wondering who Bon was. They f**king found out.” Angus Young called out new AC/DC album disrespect earlier this week.