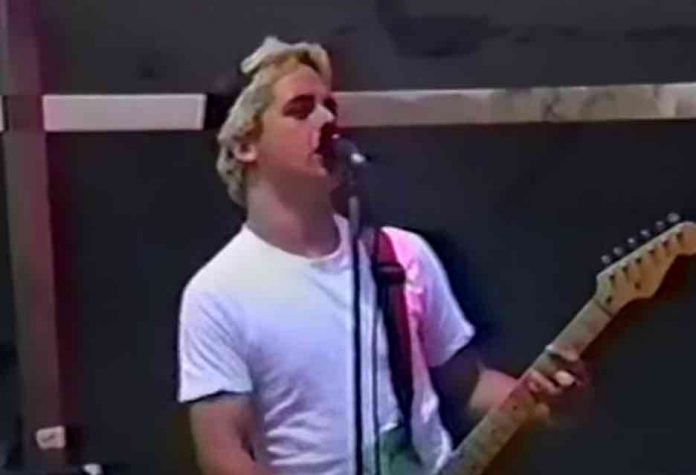 Green Day singer Billie Joe Armstrong discussed his girlfriend he had just after dropping out of high school as a teen in a new Rolling Stone interview when discussing the meaning behind the song “She.” This is a surprise for many Green Day fans who have wondered about what the real story of the song was over the years. Billie Joe Armstrong ‘spitting’ on the crowd at a Green Day show was recently revealed.

“I had a girlfriend named Amanda, this Cal student. I learned a lot about feminism through her. She gave me an education that I think was very timely for me. I was just a dumb kid, high school dropout. She was telling me about the way women have been objectified for so many years, and I was just listening.

I wrote this as a love song to her, but it was also about learning about her activism. When it says ‘Scream at me until my ears bleed,’ I was kind of going, ‘I’m here to listen.’ With any kind of activism, the first thing you need to do is be a good listener. The song becomes about an understanding.

That song just feels so good to sing. I’m really proud of it; it’s very stripped down, simple, three chords. It’s kind of a cult hero. It’s one of those songs that wasn’t a single, but it had a life of its own. Those are the special kinds of songs.”

A Tool member recently called out a Green Day icon. Joseph2400 posted on the Green Day Reddit recently, “Does anyone else not like their new song ‘Oh Yeah!’? I love this band. But this song… it’s not them. They’ve lost their punk. It’s gone too modern pop with electric music to me. Sorry for offending anyone, I’m curious to read your opinions.”

Flyingpigfriend responded, “I have disliked most of their output over the last 11 years or so. I think it’s apparent that their best days are behind them and they just don’t have the same creative focus that they did from 39/Smooth through American Idiot (which is totally fine btw as most bands could never dream of a run like that). I mainly look forward to seeing them live nowadays and watching them play their older stuff.”

FreakyIdiota commented, “I think it’s interesting that so many people refer to various new releases as pop, yet to me, songs like Know Your Enemy and Oh Love were way more mainstream-focused at the time. Nevertheless, I think it’s cool they’re still trying new things 30+ years into their career and I like the verses in Oh Yeah a lot.”