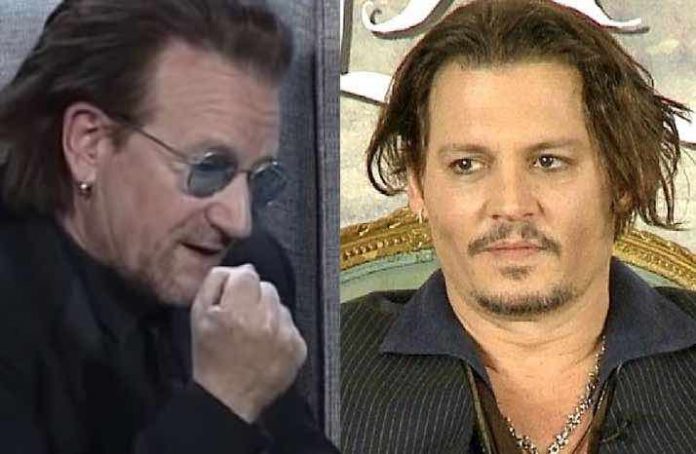 U2 frontman Bono‘s daughter, the incomparable Eve Hewson recently took to social media via Instagram to showcase this sad caption photo of A-list actor Johnny Depp in the classic film, ‘Edward Scissorhands’ with the following line from the movie: ‘Hold me” with Depp’s Scissorhands responding: ‘I can’t’. Hewson noted on the social media outlet about the quote, saying: “This speaks to me today. But also most days.” The scene depicts two characters wanting to date, but not being able to. Bono ‘replacement’ new female U2 singer revealed.

In other news regarding U2 and Bono, fans recently took to the subreddit of the group to praise the band’s affordable ticket pricing. One Reddit user named smyth260 stated: “Thank you U2 for being one of the only major bands with a GA floor section, and an affordable one. It is such a rarity with huge bands like U2 to have a first come first serve floor section alone, and especially where tickets are only like 80-90 bucks after fees (Canadian for me).”

Bono daughter creepy U2 robe photo revealed. The user continued: “The Rolling Stones tickets go on sale today, and the floor is way out of my price range at shows like these. They are hundreds of dollars a ticket. Whatever, I expect that because literally every big act does it this way (Coldplay, Paul McCartney, Roger Waters, AC/DC, RHCP…). The cheapest seat is way up there in the corner of a football stadium for the same price of a U2 GA ticket. I just can’t justify paying that much. So thank you U2. You are undoubtedly leaving some money on the table to do that, and it makes for an amazing experience every time for the fans.”

While igotbannedforh8mail replied: “Yeah, definitely love the fact that u2 doesn’t break my bank. I dropped $600 for stones general admission in New York last year. It was fun but it really didn’t give me a chance to see them more than once. U2’s GA prices gave me the chance to see six shows during the experience and innocence tour. I followed them around for a month. It was great.” Bono daughter ‘dirty’ U2 swimsuit photo revealed.