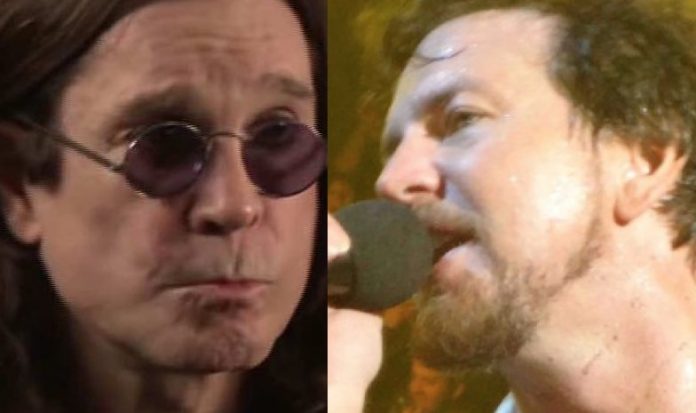 The Innings Festival in Arizona announced its lineup on Thursday featuring Weezer, Dave Matthews Band, and Death Cab For Cutie. Eddie Vedder played last year, and due to the baseball theme, fans thought it would become an annual tradition for Vedder to play. A Pearl Jam member recently revealed if he feared a breakup ever in the band’s history.

PJNB posted on the Ten Club board, “This may mean PJ has something in the works during this time or it may mean absolutely fucking nothing. Who the fuck knows.”

D-Rod said, “It means Pearl Jam will be in Australia next March.” JOEJOEJOE wrote, “There was some speculation that he’d return in 2020, much like he returns to Ohana every year.” NM70698 responded, “Ohana is his festival, which is why he plays it every year.” Pearl Jam possibly playing a ‘Live Aid’ style show in 2020 was revealed last week.