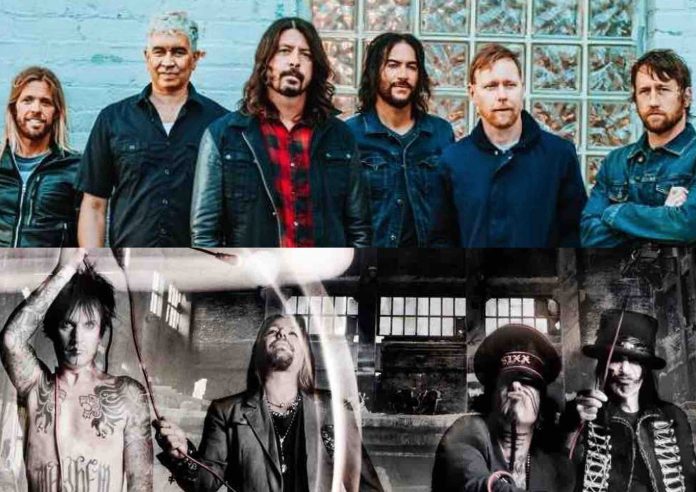 Foo Fighters guitarist Chris Shiflett revealed in a new interview that when he was a kid, it was his fantasy to be in Motley Crue (Motley Foo?) and live the lifestyle they did, though he said his dreams regarding what he wanted from music evolved as he got older. Dave Grohl and Alice In Chains showing up to a major Grunge show was revealed earlier this week.

Shiflett told Rock Cellar Magazine, “Well, you know when I was a kid I had older brothers with really good record collections. We were a real music-centric family, so that was always what we kind of cared about. I didn’t follow anything else; it was just about rock bands and rock music. But it wasn’t until I started playing guitar at 11 and hit my teenage years when I first had the dream of wanting to move to LA and make it and be a professional musician.

It’s funny you asked what I wanted to be then, since I was a stupid kid not knowing anything (laughs) but it’s nothing like your life is now. It’s great doing this, but when I was a little kid I wanted to drive in a Lamborghini and drink champagne all day. I just wanted to be in Motley Crue or something. (laughs)

But then music evolved, and I evolved, and now I probably have a lot more in common with my dad than the dream I had of being some kind of rock star when I was a little kid. My main thing is I always wanted to play music every day, and I wanted music to be my life, and it is and has been for a long time.”