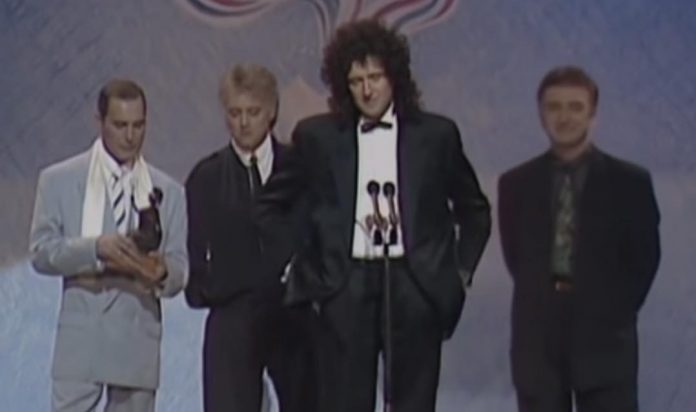 Late Queen icon, Freddie Mercury was the subject of discussion during as Queen bandmate Roger Taylor discussed what his experiences were with Mercury were late in life, as his diseased progressed in a new interview with the British-based outlet, Express.co.uk. Freddie Mercury ‘held hands’ with big name on deathbed.

“The one thing he wanted to do was keep on working in the studio,” Taylor said. “He was absolutely determined to keep the group going and to keep working. And that actually kept him going for a long time.”

Freddie Mercury ‘terrified’ Elton John in bedroom with AIDS. Taylor continued: “It was hard but we were trying to support him through it. And he was incredibly brave at that time. He knew and we all knew, at that time, but the best thing is just to get on with life and do it. We knew intuitively something was going on but it wasn’t talked about. He didn’t officially tell us until just over a few months before he went. But certainly he knew for five years or so,” the guitarist added. “He was living under the shadow for a very, very long time.”

Taylor concluded by saying Freddie didn’t want to be remembered for being the persona he was on the stage: “He wasn’t the kind of persona that he put over on stage because he was an entertainer.”

In other news regarding Freddie and Mercury and Queen, the group’s landmark album ‘A Night at the Opera’ recently turned forty-four years old and fans took to social media to reflect on the album’s legacy and impact.

One reviewer stated: “This album has songs that reveal different sides to Queen that you’ll never know existed, if you’ve only heard them on the radio. Lazing on a Sunday Afternoon, Seaside Rendezvous, and Good Company are 3 songs that don’t fit the usual Queen image, but I really like all three. Then there’s the ominous and amazing The Prophet’s Song. It has a complexity that is surpassed only by Bohemian Rhapsody. This remastered version has outstanding sound quality. I’ve even purchased a copy as a gift to a friend that didn’t care for Queen. They don’t say that anymore!”

Whereas another put: “Beautifully remastered. Queen’s album for the ages was treated well and now sounds about as good as it ever will. The packaging is very nice and of high quality. Mine came in a plastic two-disc case. This album is a timeless album that everyone should have in their collection. Even beyond the mega-hits, there are a wide array of fabulous songs on here. The entire record is consistently brilliant.  My favorites are probably “I’m In Love With My Car” and “’39.” Everyone seems to have a different song precious to them with this album. It’s a highly dynamic and faithful remaster that is well worth your time. It’s also well worth your hard-earned cash.” Freddie Mercury AIDS ‘rashes’ revealed in bedroom.