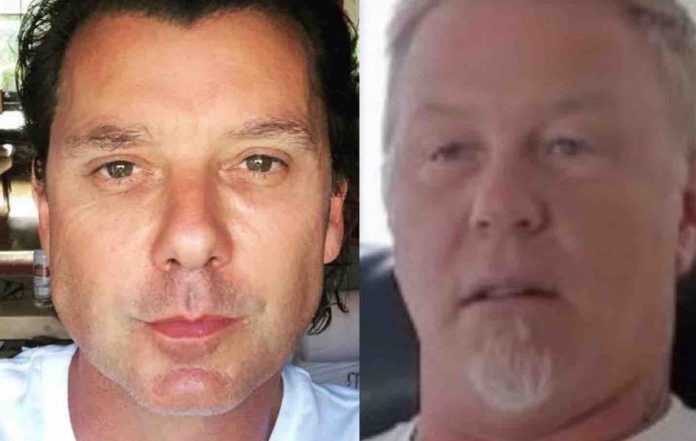 Bush frontman Gavin Rossdale recently took to social media via Twitter to share this exchange that he had with iconic Metallica lead singer, James Hetfield. The video, which was originally posted by the Bush fan account DailyBush shows them conversing at an event that he claimed took place a couple of weeks ago. However, the meeting in actuality is off of the Bush documentary ‘Alleys & Motorways’ according to one fan. You can view the exchange of the two rock masterminds below. Gavin Rossdale’s daughter recently revealed this beach suit photo.

Fans responded to the video right away via Gavin Rossdale’s Twitter. One fan stated: “Oh I love that! Thanks for sharing! You first Gavin, Metallica does rock big time! I’ve seen Metallica twice. Gavin, you are a work of art though, Metallica can’t touch that side. A side of passions deep from your soul that shows with great steps in your moves I love. Ok, and after the handshake, I love your walk back like you own it GAVIN your music rocks my soul! Every song you sing it has such meaning to me. I have fun relating to. An absolute blast.” Howard Stern just made this sad Chris Cornell & Gavin Rossdale claim.

Gavin Rossdale reacted to a painful Scott Weiland photo not too long ago. While another fan wrote: “Wow that brings back memories! That was off the Alleys & Motorways VHS. I watched that so much I wore the tape out! I wish they’d put it on DVD or something.”

me and James a coupla weeks ago @Metallica pic.twitter.com/pGphuFH9gf