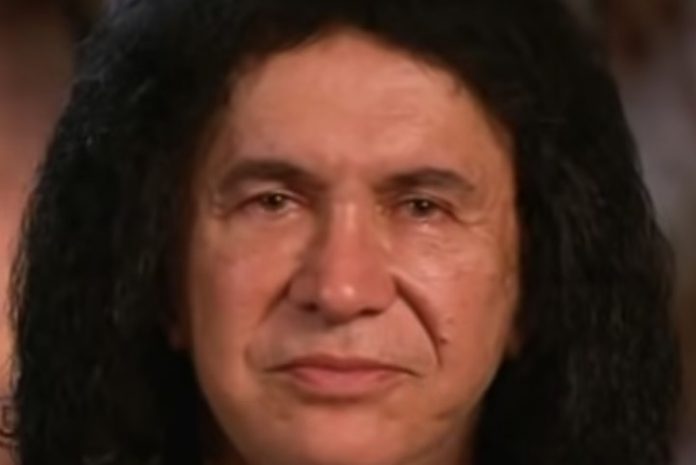 Gene Simmons took to Twitter to let out his wild side. Well, actually, he let out his toned down version of his wild side. In the clip that was posted to Gene’s social media, you can see the legendary bassist of KISS bobbing his head back and forth and he just finished putting on his KISS make-up for, what was at the time, their upcoming Vienna show.

As Gene is bobbing his head around and looking aimlessly at his Iphone, we see a KISS phone case and then Gene Simmons starts to sing, in falsetto, the classic hit ‘Rock The Boat’ by The Hues Corporation.

Ok. You caught me. Putting on my makeup for Vienna show. Got caught up in disco fever… pic.twitter.com/aIz2Bffg5h

Gene then took to Twitter to answer a question about who puts on the make-up for KISS. Hardcore KISS fans know that the band have been putting on their own make-up since the start, but Gene had to set things straight once and for all to all of those who are unaware. KISS know how to show attitude.

Going back to KISS in Vienna, the band recently played in Austria – but it looks like they didn’t know that they were there after all. During their set, they flashed their appreciation on the jumbo screen behind them. While this is always very welcomed by the fans, it should be noted that the flag design in the KISS logo design were those of Australia and not Austria. Twitter fans went wild over this and mocked the band for not knowing their geography.