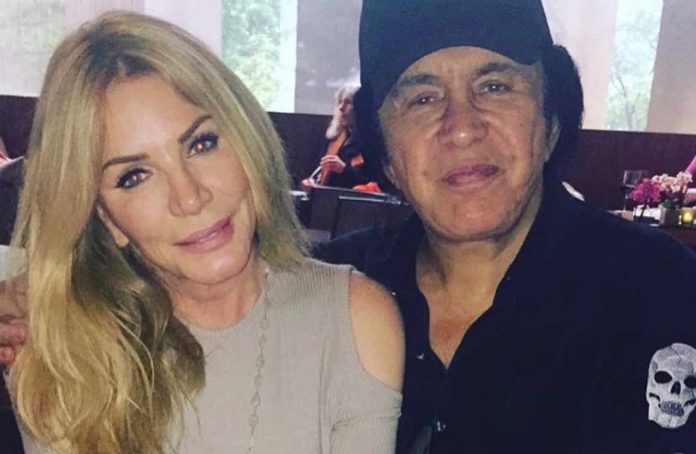 KISS icon Gene Simmons’ lovely wife Shannon recently was stunned by the death of Ric Ocasek (Howard Stern revealed what really killed him), and even reached out to his widow Paulina Porizkova on Twitter. She wrote, “So sorry for your family’s loss. Love to you all.” Steven Tyler’s ex-girlfriend Bebe Buell said, “Sooooooo beautiful…. he was so loved by so many- the music 🎶 was the soundtrack to countless lives. Ours included. Love ❤️ YOU!”

Fans on the KISSFAQ board recently celebrated the 10th anniversary of Gene Simmons vs. Bob Lefsetz.

redinthesky posted, “Gene’s an admitted asshole but damn, that guy he’s with (why??) is a much bigger asshole. He seems to think that the artists themselves can all be successful given the proper treatment. It doesn’t always work out that way. Plenty of great bands never got huge, or big, or even mid-level, no matter how much they are pushed or how well they are treated. Many do indeed “end up working at the burger joint” because maybe they just didn’t have what it took in the end. I gotta go with Gene, what has this guy done? Nothing.”

Gene Simmons’ daughter filmed a creepy boyfriend video in response to a fan question yesterday. Vandelay Industries responded, “He’s worked as an entertainment lawyer, and was once the head of Sanctuary Records. If Gene and Lefsetz called David Geffen at the same time, I wouldn’t entirely be surprised if he (Geffen) told his receptionist ‘Tell Gene I’m at a meeting.'”

Lefsetz was/is talking in terms of moving forward into landscape of the future, while Gene was/is still clinging to a dead business model.”

redinthesky posted, “I agree that Gene is often way behind the times, but this guy can’t even see the obvious benefit of an up-and-coming band getting the opening slot on a big band’s tour? That’s just stupid. Then he says the band needs fans….opening for an arena or stadium band every night isn’t a good way to get more fans? If the band connects, that’s what will happen.

Everyone and everything else can only do so much – in the end, either many people like a band, or they don’t. This guy can’t see that? That’s not being in the ’50s’ or ’70s,’ that’s all just logic. Believe me I get a laugh out of seeing someone put Gene in his place, but yeah, IMO this guy is just an asshole, some weasel who thinks he knows it all.

I don’t understand the format anyway – was this meant to be a battle, a “vs” type thing? There are different ways of doing things, but did Gene really deserve to be treated like he was planning to rob Fort Knox?” A Gene Simmons daughter kissing photo was recently reveled.

@paulinaporizkov so sorry for your family’s loss. Love to you all