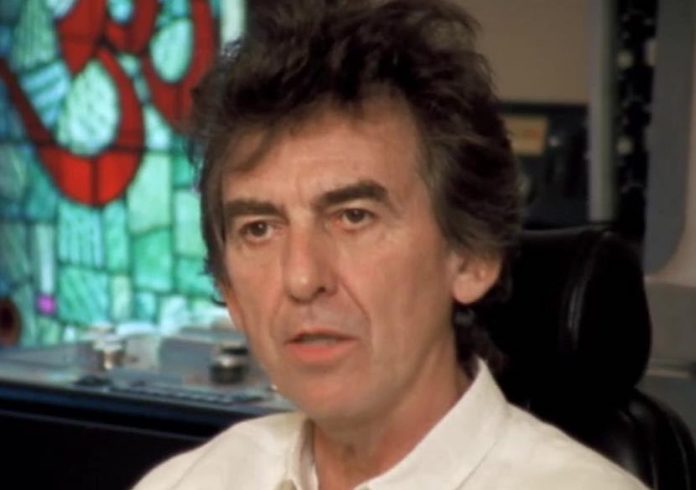 The Beatles icon, George Harrison became the subject of discussion when Paul McCartney was interviewed recently for Billboard. Here, Sir Paul discusses how much material is left within the Beatles vault, how he once joked about this very issue with late bandmate, George Harrison and if there will ever be a rerelease of the Beatles’ classic film “Let It Be”. Ringo Starr revealed recently if John Lennon hated George Harrison.

McCartney told the outlet: “As we prepared the Anthology series, George and I were joking that we should call the next album Scraping the Bottom of the Barrel. These things are like photos of yourself from when you were young that you thought were terrible. Now, you think they look good. And this seems to be an endless barrel — stuff keeps coming up. One of the things we’re working on is the fifty-eight hours of footage that turned into the Let It Be film. The Beatles revealed George Harrison ‘smoking’ before death photo the other day.

McCartney continued, saying: “The director tells me that the overall impression is of friends working together, whereas because it was so close to The Beatles’ breakup, my impression of the film was of a sad moment. Something’s going to come out from that footage. It won’t be called Let It Be, but there will be something.”

In addition, McCartney was asked about his thoughts on the 2019 Beatles themed picture, ‘Yesterday’, saying: “That began when Richard Curtis, who [directed] Love Actually, wrote to me with the idea. And I thought, “This is a terrible idea,” but I couldn’t tell him, so I said, “Well, that sounds interesting — good luck.” I didn’t think anything more of it. Then someone said Danny Boyle would direct it, and I thought, “They must think they can pull it off.” And I thought nothing more of it until they asked if I wanted to see a screening. I asked Nancy, and we said, “Let’s go, you and me, on a date to the cinema.” George Harrison stole this huge money from John Lennon.

You can read the full interview at Billboard.