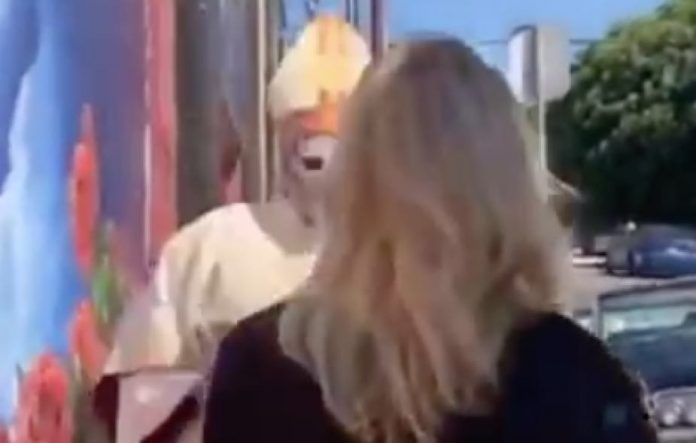 Ghost member Papa Nihil was filmed in a hilarious video begging fans to buy his album at a record store in Los Angeles yesterday. Ghost are currently on a massive North American European tour, after touring with Metallica in stadiums in Europe, establishing themselves as one of the biggest touring acts in metal alongside Slipknot. Tobias Forge recently commented on if Ghost have sold out for money.

Tobias Forge recently revealed that he’s interested in making a film, “I cannot speak about it in detail. But, yes, I’ve always been very fascinated with the art of filmmaking.

I definitely am in the process of exploring the possibilities of combining my musician career with a film project. Let’s put it that way. And as with anything cinematic, it takes a lot of time – and way more politics – than making a record.”

A Ghost member revealed how he is ‘out of the closet’ recently. Forge added, “In the process of this, I’m trying to vet my brain and my ideas into being super-sober about making a film that is actually needed and called for and will turn out really great – so that it doesn’t just became a really confusing project.

Over the course of rock history, there are a few films that have been made that are really cool. Even though many of them end up in more of a cult section because they are … weird. I don’t mind weird at all. I grew up watching a lot of films like that.”