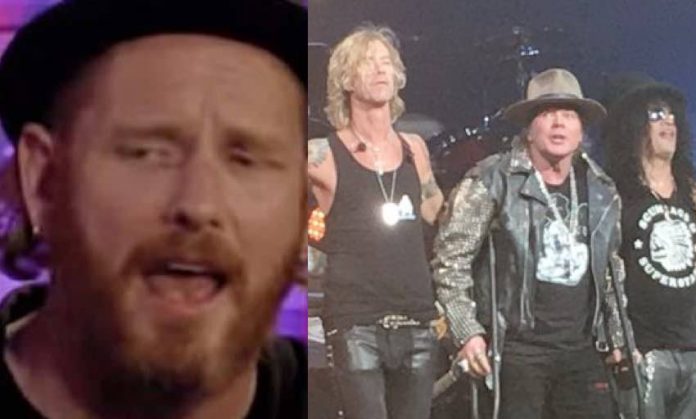 London’s mother Perla recently posted, “I’m not raising boys. I’m not just raising men. Im raising future fathers, husbands, mentors, leaders, global citizens. Don’t just look at today, look at the big picture and what the be all, end all goal is with your children. Like I tell my boys #keepyoureyeontheprize.”

She also said about taking London to a The Rolling Stones concert, “Rolling Stones with my birthday boy @londonhvdson anyone know the story behind Londons name and the Stones? #rocknroll.”

Slash’s ex-wife revealed a deadly health scare yesterday. She wrote on her birthday, “Me sauntering into my next year like… #happybirthdaytome I’ve been lucky to have less than a handful of ride or dies and I’m adding this one to my crew @jleebunny is a force. A boss businesswoman, loyal and true being that does not fuck around.

She’s the one you want to lift your spirit, help you with your business and commit a felony if need be. She will also bail you out. It’s an honor to start this next chapter with you by my side. You lift me and make me feel powerful again. I love you baby. Thank you for such a magical birthday. And your hubby @greglansky is my soul brother. Photo credit to @greglansky.” Slash recently revealed when he went broke.