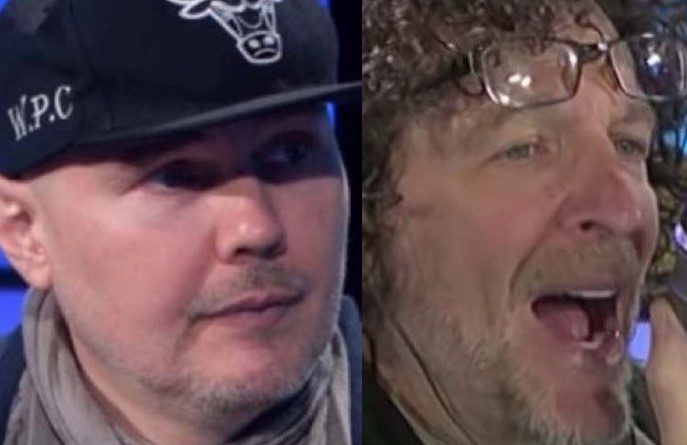 Howard Stern: Now, the boys are going to do an old favorite, ‘Bullet With Butterfly Wings.’ When did you come up with that riff? Despite all my rage, I am still just a rat in a cage.

Billy Corgan: I mean at the time, it was a bit of a trope on the business I was in. The angrier you got, the more silly it became, and then you just find yourself in a bigger cage. We live in a world now of social media, where you can say something stupid and get a bunch of attention, but you are just imprisoned in some other paradigm.

Howard: That’s f***ing great. Didn’t you win a Grammy for that song?

Howard: And did you have a speech? Did you make the speech.

Billy: Yeah, it was very poor.

Howard: Why, did you have all that rage?

Billy: That year we were nominated for 7 or 8 Grammys. So we went to the pre-awards, because we were nominated for stuff in the pre-awards, and we lost all of those. So when we ‘won,’ I think we had already lost 5 or 6 times. So I was just over it at that point. I don’t know what I said, but it couldn’t have been good. Billy Corgan recently made a heartbreaking Eddie Vedder announcement.