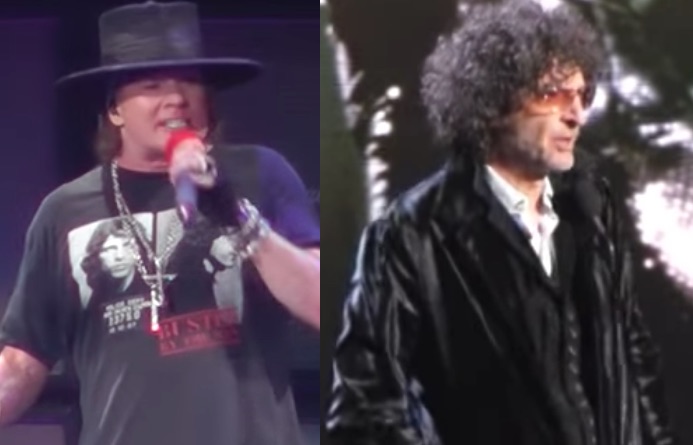 Axl Rose and Guns N’ Roses are wrapping up a fall 2019 North American tour, and Howard Stern discussed a concert his crew once attended where Axl Rose cost himself a massive amount of money. Axl Rose accidentally hit Slash’s girlfriend when filming a recent show.

MarksFriggin.com recapped: Howard said Guns N’ Roses allowed them to have their concert on Howard 101. Howard said he wasn’t able to go because it was just too late for him. He said that the boys who did go said it was great. The show went from 10:30pm to 1:30am. Howard said they opened up with ”It’s so Easy.” Howard played some of that performance. Howard said the band was so forceful that the whole place was shaking. He said Richard was scared from the shaking.