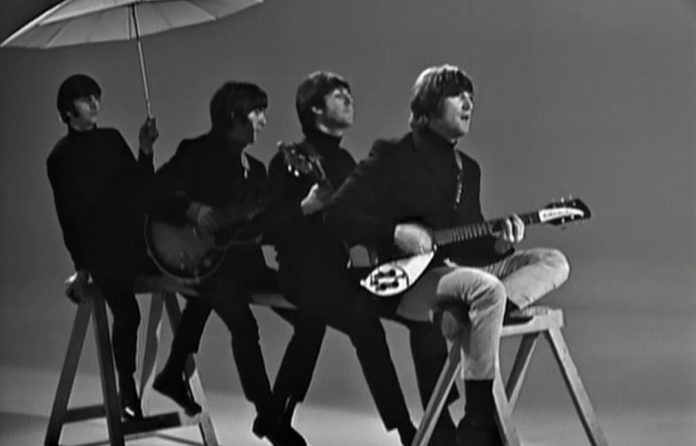 The official Twitter account for late The Beatles icon John Lennon tweeted out the following quote. John Lennon’s widow brutally described his death. The quote is in reference to a particular track by the band, “I’m A Loser”, which was off of The Beatles’ fourth studio album entitled “Beatles for Sale”. This John Lennon ‘Violent’ threat before his death was recently revealed. This particular quote comes from an interview in which Lennon was asked by a journalist about Bob Dylan’s apparent influence in regard to sound and lyrics. It can be viewed below:

‘That’s me in my Dylan period. Part of me suspects that I’m a loser and the other part of me thinks I’m God Almighty.’ (laughs)

In other news regarding The Beatles, fans on the official subreddit of the band have been discussing their thoughts about the newly released fiftieth-anniversary reissue of Abbey Road:

tuesday8 replied: “I’m mostly deaf in my right ear, and man what I wouldn’t give for perfect hearing. Usually, I just turn on the setting that turns stereo into mono but I can really tell I’m missing out. I do have a slight hearing in my bad ear and always wear a headphone over it since it adds something. I turned stereo back on, slid the balance over towards the right, and cranked the volume––and it was actually pretty cool to experience stereo through headphones since I normally get the effect only from speakers. Although it was cool to hear the stereo, it’s just not the same as I really can’t hear clearly out of my bad ear, even with the volume cranked. I just wish I could experience this mix as it is, because I can tell it’s something special and that I’m not experiencing it fully– especially with I Want You (She’s So Heavy), one of my favorite songs.”

slobbowitz posted: “One of the many things I love about these remix albums is that you can really hear the sound of Abbey Road Studios and Trident studios in action. I hear so much more natural ambiance and reverb of these fabulous studios. A lot of this was lost in the bounced mixes. I hear it a lot on the White Album, especially at the beginning of Dear Prudence and at the end of The End on the latest release. Being that The Beatles were noted for being technically more advanced than their peers and that the engineers who worked with them were incredibly talented, it’s such a treat to hear these superbly engineered tracks in all of their glory. It really is a whole new experience!! I hope there is more on the horizon.”

ghostybotsaid “This new mix is a lot less radical than the Sgt. Peppers and White Album remixes. There is definitely more clarity across the board. Everything sounds punchier, brighter and more present with a wider EQ spread. The original mix has a nice, mid-range kind of feel that sits nicely in the ear. The remixes of Pepper and White Album will be my ‘go-to’ versions from now on. Abbey Road, I’ll enjoy both the original version and the remix equally as they both hold up very well. I hope Giles Martin is able to go deeper into The Beatles back catalog and improve the old mixes.” This John Lennon disturbing burial claim was finally revealed.