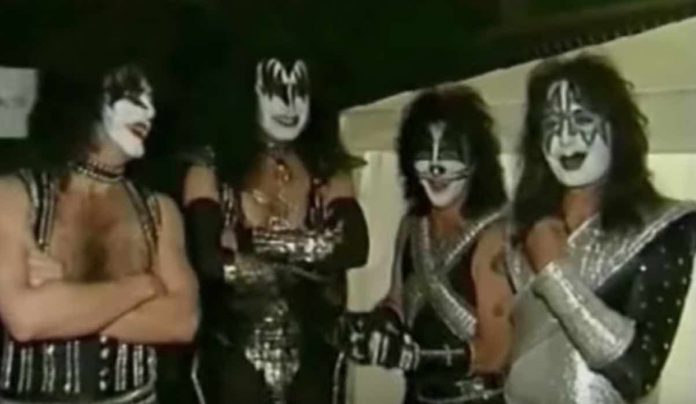 Acclaimed former KISS member Ace Frehley revealed to rock and metal journalist Eddie Trunk on his SiriusXM show recently whether or not he intended to sing that classic 1974 KISS song ‘Cold Gin’ or give it to Gene Simmons. KISS’ Ace Frehley recently called out ‘sick’ Paul Stanley.

I gave it to Gene because at the time I wrote that song I was so nervous to sing lead. If anyone remembers anything about KISS history, the first lead vocal I ever did was at Madison Square Garden and that was ‘Shock Me.’

Ace Frehley recently revealed ‘price’ to play final KISS show. Moments later, Frehley would later reveal that he didn’t, and still doesn’t consider himself much of a lead vocalist, often itiminated by the likes of Gene Simmons and his other KISS members. However, noting that he can certainly ‘fake it’. Frehley would say:

In other news regarding Ace Frehley, fans of the ‘Spaceman’ took to social media to reflect on Frehley’s classic 1978 self-titled album.

One reviewer put: “Out of the four solo KISS albums the Ace Frehley album is considered the best, and rightly so. I must admit that I like all four of the albums and feel that they all have good songs on them, but I will agree that Ace’s is the best overall. It rocks from start to finish. It also started the trend of him putting rocking instrumental guitar songs on each of his solo albums, as well as doing an awesome cover version of a song (in this case New York Groove). Highly recommended!”

Paul Stanley’s son recently reveals if he hates Ace Frehley. Whereas another stated: “Well, the four KISS solo albums in 1978 really showed us who was the musical genius behind the band. This is a no-filler, all-rocking tour de force of writing, singing, playing, and especially, production. Some call it punk-influenced, and I guess I hear it in the bored, ironic vocals on tracks like “I’m In Need Of Love”. I’ve heard this album 100 times, and intend to hear it one-hundred more.”