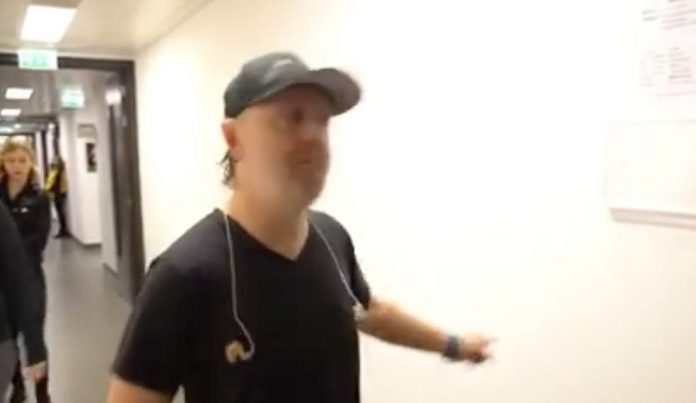 Lars Ulrich‘s wife, the incomparable Jessica Miller recently took to social media via Instagram to showcase this photo of herself and hubby Lars with the acclaimed bassist for the group, Robert Trujillo. You can check it out below. Metallica ex-bassist unloads on Lars Ulrich disrespect.

In other news regarding Lars Ulrich and Metallica, fans recently took to social media to revisit one of the group’s most successful offerings in ‘Death Magnetic’. One fan proclaimed: “Let me just say right off the bat that Death Magnetic is an awesome album. It definitely belongs in the album collections of Metallica fans or just Metalheads in general. It’s a return to their thrash roots that will satisfy the people that prefer the older Metallica (The Cliff Burton Trilogy) and the people that became fans in the 90s (The Black Album). Metallica could have just been lazy and done a rehash of their early stuff and called it a day, but thankfully they didn’t do that. This is an older/wiser Metallica bringing years of experience and growth to the style that made them famous. It is most definitely worth checking out. (Plus they brought back their old logo, which is just icing on the cake” Lars Ulrich’s wife’s ‘sweaty’ workout photo stuns Metallica.

While another fan put: “After the detour that was St. Anger, Metallica is back in top form with a very ballsy album in the form of Death Magnetic. Much better.. and thrashier than anything after Justice, Metallica has also seemed to have found a better ‘groove’… like tracks such as the first 3 tracks. They’re all sounding good. James’ voice is a little toned down compared to previously… guess its the age thing. Although there are only tracks… the album clocks in at almost 80 mins. The first 4 tracks – ‘Just your life, End of the line, Broken and Day that never comes’ are relentless… thrashy, groovy typical 80’s Metallica. Only Unforgiven III was a disappointment… other than that the whole album is amazing. Cyanide, Apocalypse is excellent. This album is Metallica being Metallica again.” Lars Ulrich’s wife gets wet in Metallica pool photo.