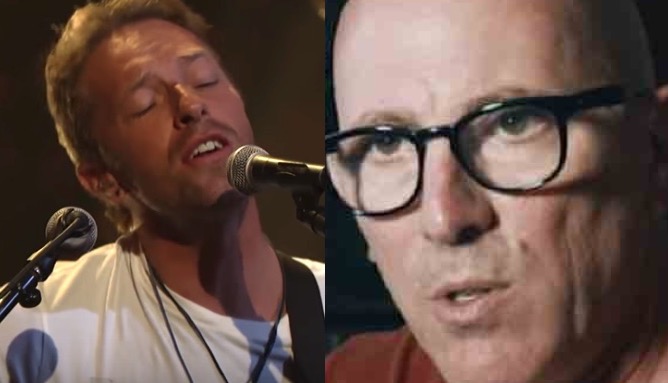 Tool frontman Maynard James Keenan liked a tweet that mocked Coldplay from his Puscifer Twitter account yesterday. Coldplay recently announced that they won’t tour their new album to try to help the environment. Keenan liked a tweet by Andy Kindler that said, “To be carbon neutral Coldplay should only take gigs they can walk to. Added bonus is less concerts.” Maynard James Keenan hilariously mocked a Tool bandmate yesterday.

Tool fans recently ripped someone for selling a concert poster for a large amount of money. Badconsumer posted on Reddit, “My hope that aftermarket poster sellers lose money. Having been to Boston last week and then Mohegan last night, I have to say that the hype around the posters is absolutely ridiculous. Between people grumbling and leaving merch booths at Boston (people clearly there only to buy posters to flip) and then last night… holy shit was the selfish scalp-happy poster brigade at work!

Folks walking away from booths with 5+ posters, gleefully buzzing aloud about flipping them on ebay, probably some of the same people who complained about scalper prices on the concert tickets.

Between the cost to go to a concert like TOOL these days (if you’re lucky enough to get a ticket), the price of merch and the scalper-driven claustrophobic experience that comes with getting merch before the show, I really do feel bad for any kids who are interested in trying to make it to TOOL and get a keepsake for themselves. I’ve been a fan of TOOL for a long time, first saw them on the Aenima tour in Fitchburg, MA (essentially a high school hockey rink) and I’m always heartened to see younger (and older) fans at the shows – especially the first-timers.

Anyway… I’ll take my downvotes now and if you’re out there with posters on ebay, I hope you lose money.”

Tool’s security ‘harassing’ fans at a show was revealed a few days ago. Saxy_Salad responded, “I agree with you. Flipping posters is a ridiculously selfish thing to do. At my concert there were over 10,000 people and only 650 posters. I was one of the first people at the concert so I had no trouble obtaining one. But what about the people that were not fortunate enough to be there 5 minutes before the poster flippers? Just because it is legal doesn’t make it the right thing to do. We are all fans of this amazing band.

Can we not treat each other like the shit on the bottom of our shoe just to make a tiny bit of money? Money is not everything in life. I would have been very disappointed if I didn’t walk out of that concert with a poster. Considering I’ve listened to Tool since I was 6 years old (now 19.) I hope every poster flipper loses all profit. It is very scummy thing to do.” Maynard James Keenan not being ready to perform a Tool song was detailed last week.

To be carbon neutral Coldplay should only take gigs they can walk to. Added bonus is less concerts.