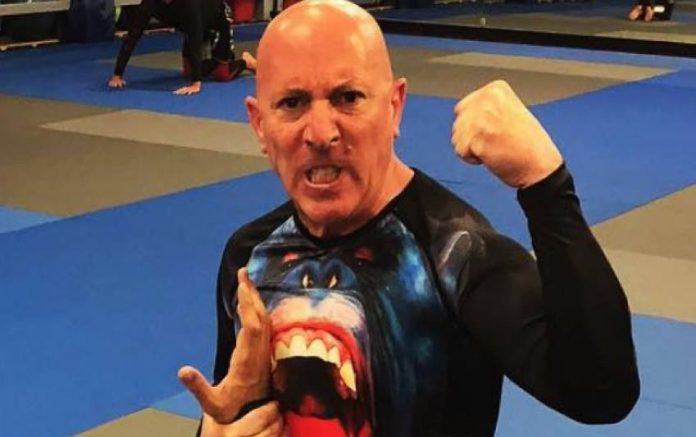 Tool bassist Justin Chancellor celebrated his birthday at a recent concert, and Maynard James Keenan hilariously trolled him by giving him bunny ears during a triumphant moment onstage. You can view the funny photo via Twitter. A Tool member revealed if he’d quit his new gig after disrespect earlier this week.

Dice5199 posted on Reddit about the Fear Inoculum packaging nomination snub, “The recording academy has managed to outdo themselves yet again. At least Metallica was nominated the year Jethro Tull won for Best Metal Performance or whatever they called the award back then.

The Grammys has two best package categories, which are 1) Best Recording Package and 2) Best Boxed Or Special Limited Edition Package. The artist is able to choose which category they want consideration for. I’m not sure what category Tool selected. This year’s nominees for the latter category consisted of either boxed set compilations or limited editions where a standard edition version exists. Since FI didn’t have a standard edition release, IMO it should have been submitted for Best Recording Package.

I checked out this year’s nominees for Best Recording Package and while there is some creativity and clever ideas, it is all pretty industry standard stuff compared to what Tool put out. Anonimas & Resilientes is a Bullerengue album with some quaint, Caribbean artwork in a multi-fold CD package.”

Tool called out a huge Ticketmaster screwup earlier this week. The Reddit user added, “Chris Cornell is a boxed set compilation with 4 CDs spanning his various musical projects. As you might expect, images of Chris are everywhere. With all due respect, it should have been nominated for the boxed set category instead. Hold That Tiger has Chinese themed artwork in a soft CD package. Inside there are some folded sheets. One of the sheets unfolded resembles a newsletter, and another has what appears to be some Chinese calligraphy.

I,I by Bon Iver has CD and vinyl options. The cover has pop art cut and pasted over a photo of a sand dune. Inside there are a series of photos of project collaborators with some doodles drawn with a sharpie over the top of their faces. There is also some more pop art mixed with outdoor shots. The package is contained in a clear plastic sleeve that gives a layered effect. Oh, and the vinyl comes with a free pin. Intellexual has a vinyl release with some barren abstract art. As you might be able to tell, I wasn’t blown away by the nominees.” Tool banning crowd surfing and moshing at shows was recently revealed.