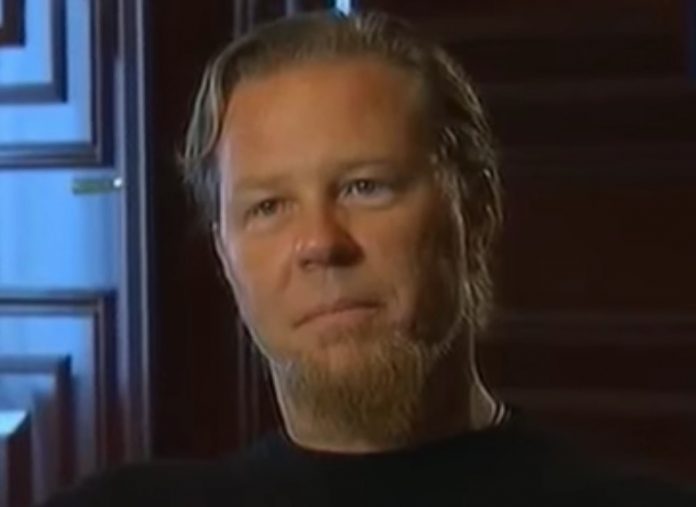 On Twitter recently former Metallica bassist Ron McGovney answered a superfan who wanted to see if the one-time Metallica member could provide any explanation into his departure from the band.  The user wrote: “Hey Ron! Just wanted to ask if you were kicked out of Metallica, or decided to leave.” Metallica ‘lose’ singer After James Hetfield drama.

Metallica bassist unloads on bad Dave Mustaine ripoff. The one-time Metallica member then chimed in replying: “Listen to my interview on Talk Is Jericho with Chris Jericho. That should give you the answers you seek.”

In other news regarding Metallica, fans recently took to social media to discuss one of the group’s most impactful albums – ‘Ride The Lightning.’ One fan noted. This record was my introduction to Metallica back in ’84? Anyways, when I heard For Whom The Bells Toll (1st song I ever heard from them), I lost my freakin’ mind. The heavy bell chime, then the ripping of the opening of the song. Crazy! I was sitting in my dark bedroom, listening to a radio station that only played heavy music at night (Midnight to 3 pm) and heard this song. I was hooked. After this album (not cd’s), I purchased Kill ‘Em All and started sweating when I experienced it. Especially Anesthesia-Cliff done lost his damn mind! Whew.”

Metallica icon reveals ‘overweight’ Lars Ulrich photo. The fan continued: “I sweat through the whole set! Everyone knows Jimi was the best guitarist ever! Cliff is the master of metal bass playing! Someone please challenge me? Just imagine him with that long neck bass, head bobbing as he plays intensely. Enough of Kill Em’ All, Back to Ride The Lightning. James’ howl on every song, except Call of Ktulu, was piercing. And Kirk with his acned baby face and curly hair shredded the solos. And the Bjon Bork on drums. Lars did a great pounding on every song. Great cd! To those of you who have yet to purchase a Metallica, first off-What tha F**k! Get ur lazy ass up and buy this cd before I have to kill ’em all! Kidding!”