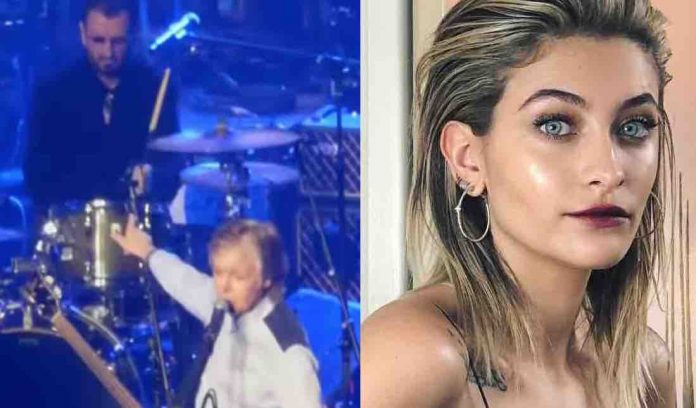 Paris Jackson, the daughter of late and controversial ‘King of Pop’ Michael Jackson took to social media via Instagram to reveal that she has a new ‘bf’ [boyfriend], that being – late the Beatles member, John Lennon. Jackson revealed this shocking and stunning revelation in the following post, that you can view below. I wonder what Yoko Ono would think! Paris would also post this other John Lennon picture with the following caption: “Love is the flower you’ve got to let grow.” That picture also can be seen below. John Lennon ‘offensive’ photos with this older woman leak.

In other Michael Jackson news, fans recently took to the AskReddit subreddit to discuss and debate if Jackson is truly guilty of the crimes that he was alleged of. BasieSkanks wrote: “I think people who come forward about claims of abuse should be treated with dignity and respect and taken seriously. But believing them is problematic because it instantly throws out innocent until proven guilty which is the bedrock of our legal system. Their claims should also not be above scrutiny, and trying to explain away massive inconsistencies as effects of trauma is manipulative because it means the accused has no defense.” John Lennon’s son revealing an emotional Neil Peart ‘teen boy’ story just surfaced.

A John Lennon ‘steroids’ remark was just revealed. Whereas manubibi replied: “You know, a lot of people get abused by their parents and don’t end up obsessing about children, sleeping regularly alone with children, installing alarm systems in the hallway leading to the bedroom where they’re supposedly “sleeping” with children, they don’t end up collecting books compiled and edited by convicted pedophiles with contacts with a known pedophilic organization, they don’t make sure to base their entire imagery on little, pretty boys (never little girls, and never fat, ugly boys, always just boys who look cute) and on how they’re oh-so-childish. If this case had not been about a big celebrity, nobody in the world would be doubting for one moment that we’re talking about a child molester. Come on, people.”