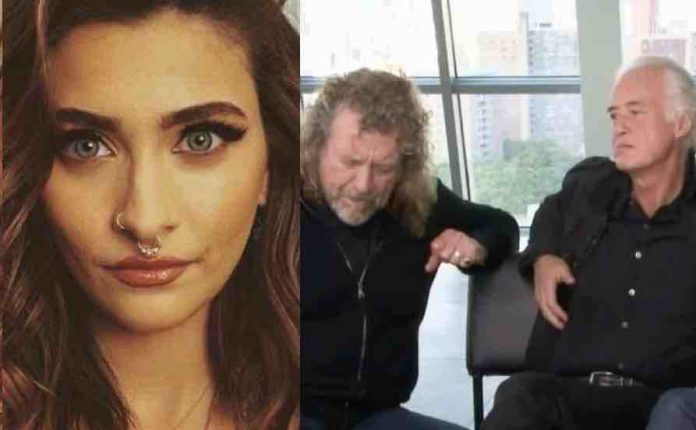 She tweeted, “Is there a way to fall out of love with jimmy page ? asking for a friend.” She also said, “Like my jimmy page obsession #noted.”

Jimmy Page just attended a major event with his girlfriend Scarlet, “I was thrilled to celebrate the 50th anniversary of legendary British designer @paulsmithdesign with @scarlettzsabet earlier this week. The unveiling of his latest collection closed proceedings at this year’s @parisfashionweek 🇫🇷 I thought it was a nice touch to ignite the start of his show with Whole Lotta Love. Congratulations to Paul and his talented team.”

He also recently posted on social media, “On this day in 2009, I travelled from Bagan, Mandalay back to Rangoon and then on an evening flight back to Bangkok, Thailand. Here is a small selection of photos from my day in Myanmar.”

Page wrote as well, “On this day in 1967, I played at Sydney Stadium with The Yardbirds. This is the first of two dates at the stadium. The bill comprised of local artist and very good singer Jeff St John, The Walker Brothers (Scott Walker some years later was to make a major dent in alternative circles with his solo work), The Yardbirds and the amazing Roy Orbison. This tour gave me the opportunity to speak to Roy, one of my rockabilly heroes about his time at Sun Records.” Michael Jackson’s daughter recently revealed a painful Jimmy Page secret.

is there a way to fall out of love with jimmy page ? asking for a friend