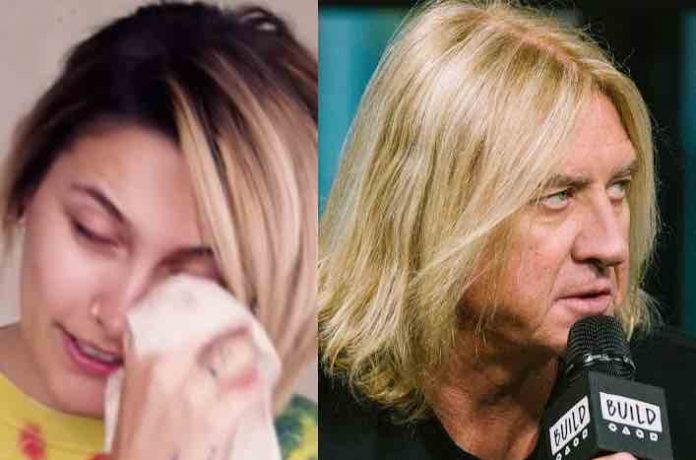 Michael Jackson’s daughter Paris Jackson recently tweeted about Def Leppard, ahead of their stadium tour with Motley Crue. She wrote, “Get yourself a man that’ll slow dance to hysteria by def leppard with you.” Michael Jackson’s family recently revealed a sad Paul McCartney secret.

Dbrothen posted on Reddit that they want Def Leppard to change up their setlist, “I’m tired of the greatest hits setlists. I feel like they’ve been putting on the same show for way, way too long and have become stale. I know there are certain songs that they absolutely have to play. There’s probably about 5 of them, not 15 like the band believe.

Those top tier songs like ‘Sugar’ and ‘Photograph’ need to be played, but 2nd and 3rd tier songs are interchangeable. They can come and go for others. ‘Two Steps Behind’ is a fine song, but nobody is going to vow death upon the band if it’s pulled from the set. Nobody is going to riot if ‘Armageddon It’ is swapped for ‘Rock! Rock! Til You Drop.’ And so on. Their catalog of quality, well known songs is vast and they ignore much of it.”

They added, “The band is catering to the casual fan base while passionate, life-long fans like myself are kind of left out. Joe has repeatedly, openly insulted fans like me by calling us ‘Dorito Boys’ for speaking out about the tired setlists. That’s what I get for flying the Def Leppard flag for 30 years?

Joe is a die hard music fan who loves deep cuts. This is evident by his radio show at Planet Rock. He started a Mott the Hoople cover band that concentrated on their deep cuts and repeatedly touted the positive response he received. It only takes a little bit of common sense to understand that Joe would love to see songs performed by his favorite artists that go beyond the standards. I’m glad the band is seeing success, but at this point I think that they’re basing their decisions on one parameter and one parameter only…and that’s whatever pays the most. I don’t think it will last. Not how they’re doing it.