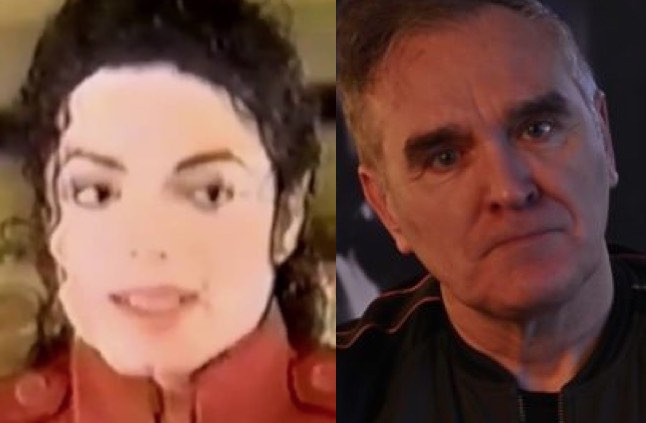 Jackson tweeted, “Burn down the disco, hang the blessed DJ, because the music that they constantly play, it says nothing to me about my life.”

Numsens posted on Reddit recently, “What is the best Morrissey biography out there besides his own? Specifically one that goes into detail of his behaviour, mood swings, depression, etc. (I apologize if this is very formal and otherwise strange.) Thank you!”

Lykida responded, “Simon Goddard is the best Smiths ‘scholar’ in my opinion. His Mozipedia is essential. If you’re interested in Morrissey’s youth you might want to check out The Severed Alliance by Johnny Rogan but take everything in there with a grain of salt.”

Oneleggedpig wrote, “Not actually a Biography, but the only one worth reading is ‘Morrissey: The Pageant of His Bleeding Heart’ by Gavin Hopps. Hopps actually has interesting things to say, and analysis. The others are just speculating, making things up, and stating the obvious.”

Lykida said, “Goddard did about 40 interviews himself for ‘Mozipedia’ alone and lists another 200+ primary sources, including many people who’ve worked closely with Morrissey over the years. His book ‘Songs That Saved Your Life’ gives the most detailed insight into the work of The Smiths, he’s talked to everyone who was involved with the band (except for Morrissey of course). I wouldn’t call that “speculating, making things up and stating the obvious”.

The only book that’s actually based on interviews with Morrissey himself is Len Brown’s ‘Meetings With Morrissey,’ which is a great book and an interesting read, but I wouldn’t call it a biography.” Slipknot singer Corey Taylor revealed a horrible Morrissey secret a few months ago.