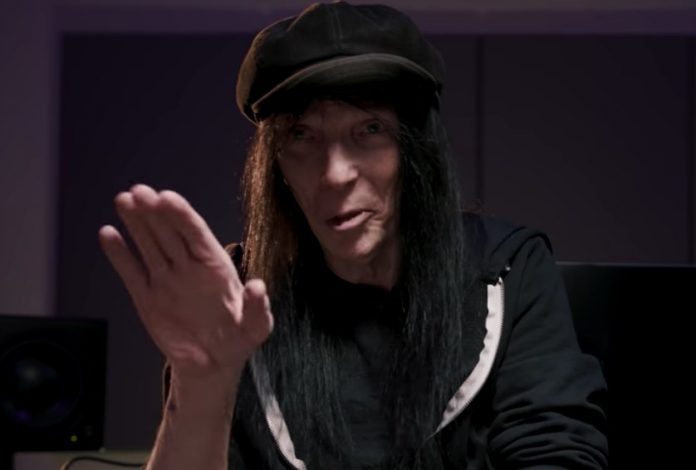 Motley Crue guitarist Mick Mars shared a vintage video of himself on his Twitter ‘likes’ feed that sends a message to haters. Nikki Sixx recently revealed if Mick Mars is in poor health. The original tweet says, “To the haters #MötleyCrüeisback😝 #MickMars #MötleyCrüe.” In the video, Mars says, “This is the fourth video off of our album, it’s about flesh and beating it. It’s called ‘Don’t Go Away Mad.’ Just…go away.”

Supertzar7078 recently discussed the animosity some feel over the Motley Crue reunion tour with Def Leppard and Poison (with a stunning rumored paycheck) in a new MetalSludge.TV forum post, “I can feel it in my bones..the animosity and resentment on here for their whole ‘Last Tour’ betrayal.

Maybe it’s because they reneged so quickly after ‘retirement?’ Maybe it’s because Vince is a joke and they play to backing tapes live? Maybe the general Sludge consensus is that they shoulda killed the Beast and went out with a shred of dignity instead of becoming another KISS?

I saw them in ’15 and remember at the end of the show they were moved around thru the stadium on the crane lift platform…blowing kisses and saying their ‘final goodbyes’ to their longstanding adoring fans.

All said tho..in spite of all that..and against my feelings and in my hypocrisy I’d probably go see them again. Because hey…Crue, dudes.

I know ‘normal’ non-Sludge-type fans could care less..and probably don’t even remember their ‘retirement’ to begin with. They just wanna drink $12.00 Bud Lights and rock out with them and Def Lep and Poison.

But once again..you can really sense a general animosity on here towards them now. I guess the Crue fanboys are thrilled..but most on here seem to see it as greed ruling all..and a betrayal to those who took great measures to catch them ‘one final time.'” Howard Stern took a brutal shot at the Motley Crue reunion tour a few days ago.