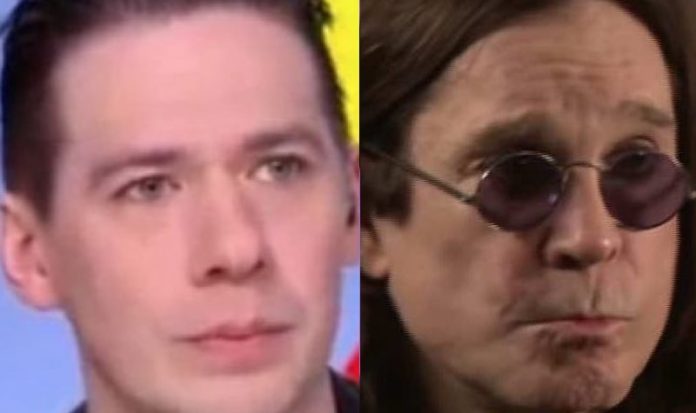 Legendary Black Sabbath frontman Ozzy Osbourne poked some fun at Ghost singer Tobias Forge recently on SiriusXM. While Osbourne appears to like Ghost, he said he ‘couldn’t see’ Ghost. Is it because he thinks Ghost is literally a ghost, or that it’s really John Cena? Only time will tell. Osbourne made the remarks during a show with Billy Idol bandmate Billy Morrison on SiriusXM. Howard Stern recently revealed if Ozzy Osbourne’s wife is ugly.

Morrison: Let’s play a song, let’s play Cirice. This is by one of my favorite bands – it’s a band called Ghost.

Morrison: There you go, that was Ghost and have you seen pictures of Tobias Forge?

Ozzy: You can’t see Ghost can you?

Both laughed. Ozzy Osbourne’s wife Sharon recently announced that she raided his home for drugs. Ozzy and Billy continued:

Morrison: Tobias comes on with a massive pope hat.

Morrison: But you know what, I didn’t listen to Forge for a while because of the pope hat, I thought: “That’s stupid” but the sound is really fantastic music.  What is the plan now that you are recuperating

Morrison: What a pain in the ass.

Ozzy: It’s never-ending, I ain’t got the time to be this sick, you know?

Ozzy Osbourne was given a surprising drug by a young girl according to a Black Sabbath bandmate.