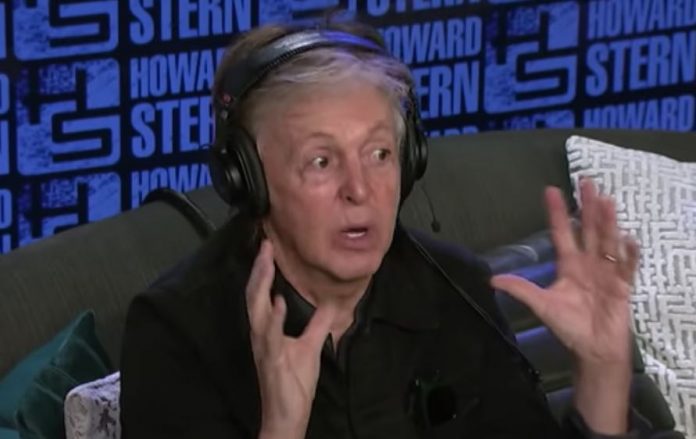 Paul McCartney superfan DriveMyMcCartney posted the following series of photos on his Twitter account showcasing how it was forty-years to the date that McCartney was arrested in Japan for marijuana possession and Paul’s recollection of the incident. You can view the post below. Paul McCartney breaks silence on ‘young girl’ accusation.

Michael Jackson’s family reveals sad Paul McCartney secret. In other news regarding Paul McCartney, fans recently took to social media to revisit one of Paul McCartney and the Beatles’ most iconic albums – ‘Sgt. Pepper’s Lonely Hearts Club Band’. One fan proclaimed: “Remembering the first time I heard this masterpiece.. I was lying on my parents couch with a borrowed copy of the LP, ears glued to the ‘Radiogram’, following the lyrics on the back cover (I had started 4th grade English classes) I frequently visited my neighbor across the street who had a modern Stereo, including a nifty Teac Reel to Reel tape recorder. One day while indulging our ears to Pepper we discovered that all of Paul’s vocals on ‘When I’m Sixty Four’ was panned hard left in the Stereo Mix (with no lead vocals in the right channel) My mate Erik (who was a wizard with technology) suggested I sing along to the right channel while he muted the left, capturing it all on his Teac!”

The fan continued: “Listening back to the recording of me replacing Paul and singing along with The Fabs made me so happy, not because my vocal performance was any good.. but because I knew right then and there what I would be doing with my life! The Beatles’ Sgt. Pepper’s Lonely Hearts Club Band’ 50th Anniversary Reissue Edition now finally has the Stereo mix it deserves (but you can no longer replace Paul on your Home Stereo) and with compression lifted, the record sounds new and fresh again — thanks to Giles Martin’s re-mixes!! He says in the new album booklet that he believes it was his father George Martin’s greatest achievement as a producer.” Paul McCartney leaks creepy George Harrison death photo.

"i knew i wouldn't be able to get anything to smoke over there… this stuff was too good to flush down the toilet, so i thought i'd take it with me"

and he was caught.
while going through customs.

40 years ago today: paul mccartney was arrested for possession of marijuana pic.twitter.com/TousLUaFig