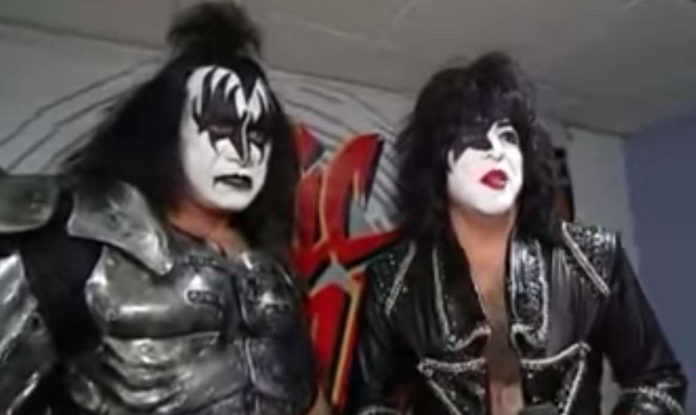 Over on the Paul Stanley and KISS fan forum, KISSFaq, forum user Doose confirmed that Paul Stanley and KISS have updated their website to reflect the fact that, this is, indeed, ‘The End of the Road’ for the ‘Hottest Band in the Land.’ As the user stated: that there is: “New wording on the website with the countdown clock.” Paul Stanley KISS ‘fraud’ finally confirmed, is he done?

This revelation led to many responses within the KISS fan community. Fellow forum member NellCote71 stated: “I’m sorry. But it’s comical to me. Who believes these guys? Even worse now as they can rely on tapes more and more…”

Whereas BassmanSteiny wrote: “On the Farewell Tour, I figured they would come back, they were still relatively young. However, this EOTR tour I do believe they are done touring. Putting myself in their shoes, would I really want to put on a big show like that in my 70s? Some small club shows not all suited up possibly. I could see Gene and Paul doing their solo thing.”

KISS Singer Paul Stanley leaks creepy feet photo. Continuing: “To clarify, I had/have no idea what the future holds for KISS, however, I still believe what I always did when they announced this. That they will be done with tours, I admit I can be wrong as I don’t have a crystal ball, lol. However, I kinda figured the KISS Kruise would continue and possibly the occasional one-off TV appearance. Hey like I said I could be wrong about it all and maybe there will be another tour after this one.”

While forum user Acevog75 proclaimed: “I’ll put it this way: If they end up doing a Vegas residency at some point, I still consider it the end of KISS as a touring unit. A: a Vegas residency isn’t a tour, and B: what’s the percentage of fans in the world that would normally have the opportunity to see them on an actual tour, have the means to go see them in Vegas? 20% maybe? And C: how many residencies do you think they’ll actually do at their age? KISS in makeup at 75-80 years old? Cmon – Yes, they kept on going after the first farewell, but they were still in their 50’s at that point. Age does have a factor this time.” KISS show ‘absence’ surprises Paul Stanley fans.