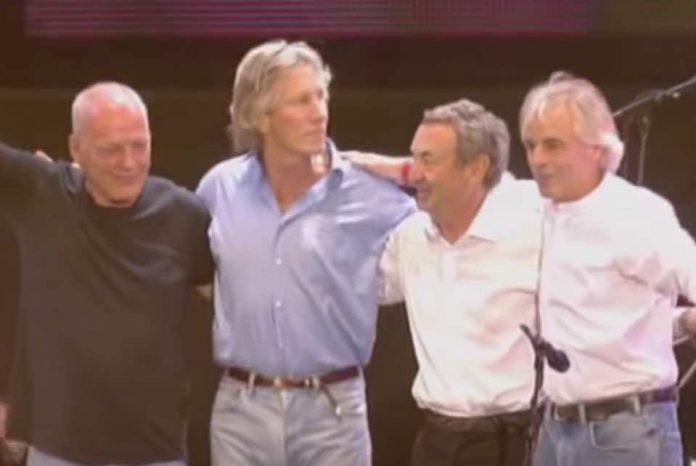 Pink Floyd‘s founding member Roger Waters recently was interviewed on RT to discuss Julian Assange and why the United States government is targeting him. Assange’s latest arrest was tied to past rape allegations that Assange has denied. This Pink Floyd member ‘going blind’ video was recently revealed.

In talking to the outlet, Waters said: “What they’ve taken in so far from the smear campaign about his cats or the allegations in Sweden or blah or blah or thing or that or the other. None of which are substantive in any way as we know. They’re a smokescreen to divert our attention from the fact that he’s being railroaded by the United States government as I said before as an example to others. To scare the **** out of any other potential journalist who might stand up and speak the truth about war crimes and other things that our governments do not want to be reported”

Pink Floyd made this disturbing Jimi Hendrix revelation. Waters continued: “They want to keep all that stuff secret and Assange is one of those essential publishers and there are precious few of them which is why he is so precious to us all who are prepared to take the risk of actually reporting the reality of our lives to us, to we the people.”

In other news regarding Pink Floyd and Roger Waters, fans on the Pink Floyd subreddit discussed if the group’s masterclass album, ‘Dark Side of the Moon’ could be considered ‘the greatest of all time.’

MTZ2017 stated: “I wouldn’t say this is a psychedelic album. I’m sure the guys didn’t go into the studio in hopes of duplicating the psychedelic experience. I understand why it goes well with drugs, however. This is progressive rock. Think of it as classical music in away. Long in terms of length and full of twists here and there that convey different emotions. Piper at the gates of dawn though…”

This Pink Floyd member dropped a 2020 reunion bombshell. CmdrBacar put: “Part of it comes down to The Dark Side of the Moon being the big well-received popular album after the initial album and “directionless” era. It’s also the first really thematically coherent albums from Roger Waters’ time as creative lead, which I think is part of it.”