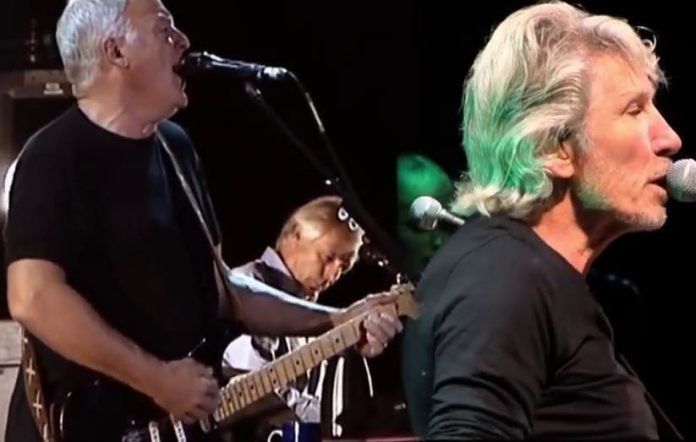 Pink Floyd co-founder and drummer Nick Mason was recently featured on the hit AXS TV show entitled ‘A Life on the Road. Here, Mason discusses spending four days in a ruined amphitheater at Pompeii making a concert film in 1971. This Pink Floyd member was ‘threatened’ by Roger Waters.

By choosing an unusual venue, you actually create an atmosphere of your own, and I don’t think it was our idea, I think it was [the director]’s idea to do this. But the fact of the matter was, by being outside, and by it being in this strange place, even though we didn’t have an audience, it created an atmosphere that enabled us to play in a more committed way. Because usually if you are playing without an audience, it is a rehearsal.

In other news regarding Pink Floyd, fans of the group described their best and most interesting Pink Floyd psychedelic experiences on the band’s subreddit. Roger Waters recently revealed this massive ‘farewell’ tour.

Jackattack08076 kicked things off by revealing: “I always thought to listen to Pink Floyd after smoking was one of the best music experiences but tripping and listening to them was on a whole new level. My most memorable experience was the first time I tripped I put on Dark Side of the Moon and when I started peaking Brain Damage started playing. It’s hard to explain how amazing it sounded and felt but easily my greatest music experience ever.”

Browntollio put: “[I] recently took acid in the Berkshire mountains this carriage house loft.[We] took our hits and took a walk as the sunset. I went back in and waited for it to turn pitch black out, stepped out on the balcony and the whole sky was electrified as I pressed play to the beginning of Dark Side of the Moon. As the drums started to hammer in eclipse, the ******* moon started to rise above the mountains surrounding us. One of the deepest nights of my life. Pink Floyd dropped this ‘Final Show’ bombshell news the other day.