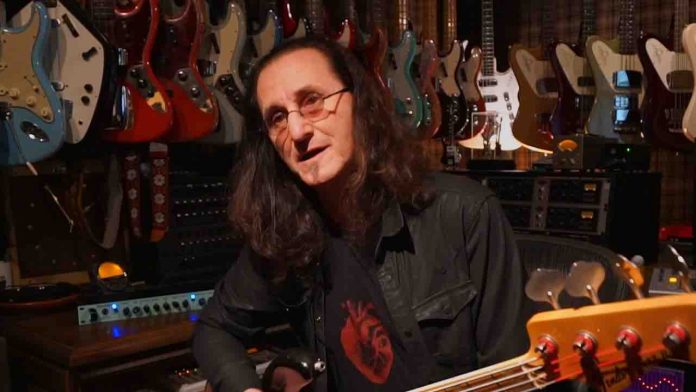 Rush frontman Geddy Lee discussed in great detail about his legendary bass collection and other topics in a recent interview with Bass Guitar Magazine. Here, Lee talks about his collection which spans over twenty bass guitars in total, twenty-seven to be exact. Rush singer Geddy Lee revealed this 2020 tour offer recently.

Lee told the magazine: “Twenty-seven different basses in total – the majority of them were Jazz basses, and a couple of those were pre-CBS. When you’re in rehearsals and you’re organizing your setlist, and you’re changing a bass almost every song, there has to be a leveling thing that happens. Every time I plugged in a ’62 it was like, ‘What just happened?’ It’s such a lively bass”

Geddy Lee viciously called this Rush bandmate a ‘rat.’ Lee also showcased one of his prized possessions in this interview, one of the first Jazz basses that he purchased, telling the publication: “The first ’62 Jazz that I bought was a refinished foam green one. I’d been waiting for an original custom color to come along, but I got frustrated and I said, ‘I can’t wait anymore, I need a ’62’, so we picked up the foam green one and it was just magic to play. It was so different from my ’72 that it really shocked me. Over time, when I do a recording or I mess around downstairs, I keep finding myself going back to the ’62.”

This Rush singer revealed why Neil Peart forced retirement. The acclaimed Rush frontman then recalled to a legendary moment when he played that particular bass, with the group Yes at the Rock and Roll Hall of Fame when they were inducted back in 2017. As Lee recollected the moment in time: “when they called me and kindly asked me to sit in with them, I thought, ‘Well I have to play a Ricky [rickenbacker] now – how can I not play a Ricky like my hero Chris Squire did?’ But every time I plugged that ’62 in, it sounded better, so I’m sorry, but I played that.”