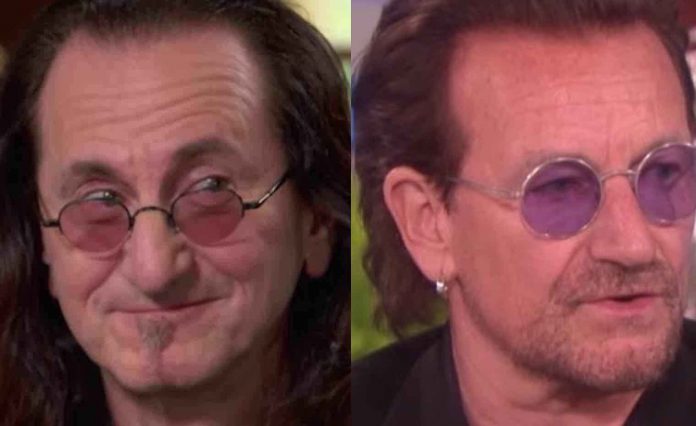 Rush singer Geddy Lee joins host Stephen Kallao for a World Cafe interview this week, and he showed off his love for Bono and U2, and also revealed his discussions with Adam Clayton. A Rush member was devastated by terrible drummer news yesterday. NPR reported a recap along with Lee’s playlist:

Although the band Rush has retired from touring, front man and bassist, Geddy Lee, has been busy cataloging, photographing, and writing about his collection of bass guitars for the near-encyclopedic book, Geddy Lee’s Big Beautiful Book of Bass.

It features hundreds of instruments, a lot of history, and great interviews with masters of the bass, like Adam Clayton of U2 and Robert Trujillo of Metallica. We’ll hear all about the project, and Geddy picks out a playlist of some of his favorite songs with a spotlight on the bass. A Rush member revealed a surgery after a health scare recently.