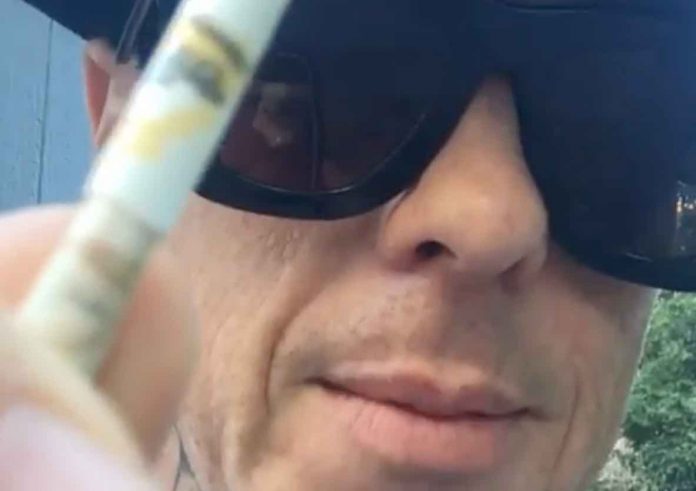 Slipknot icon Sid Wilson recently shared an emotional photo taken of him embracing his dog Fred, who sadly died recently. He wrote, “#fredhugs #fredwilsonthedog ♥️U buddy.” Corey Taylor recently revealed what he does to ‘attack’ in the studio.

hanntheftaudio commented, “That looks like my mom’s dog, Savage. Or does it look like my sister’s dog, Chewie? Both from the same litter of puppies so they look alike.”

thatchickjoey wrote, “Sending positive vibes your way man. I recently lost my dog of 13 years; hurts like losing family because they are. 💔”

A Slipknot member revealed an insane System of a Down secret last week. Sid also recently announced, “The 6th and last installment of The Definitive SID Mask History poster series! Tonight on twitch.tv/futurespastcliqgaming we launch this badboy! Limited to 50 prints #SID #djstarscream #0 #slipknot #limitededition #poster Art by: @trashbagghost Are you ready for this?!?! @mach2point8ent.”

Ciilk recently posted a retrospective about the Slipknot song “Eyeless” on Reddit.

“I love the intro, how everyone slowly starts adding themselves on to the song. Corey’s vocals are top tier on this song. I love the aggression in his voice and how it sounds like he’s slowly losing his mind and going crazy.

Thoughts about other links: Misheard lyrics are hilarious. I remember being pissed when I was younger because anyone shit talking Slipknot was shit talking me. ‘Get me ‘nother Vaseline, Mason! / Everybody else got pie! / Turkey wanna take my life! / Baby, I’m the first Powerade” and ‘DO ME IN MY B*** NOW! AYE!’ are so funny and lyrics I often sing instead of the real ones.

“Sid in the Dynamo crowd, jumping in to a giant group of people and surfing looked so sick. Disasterpieces is, again, so damn good. The mix on this DVD is beautiful, the band sounds so good. The breakdown here is incredible and you can get an early taste of Corey’s Vol. 3 vocals at the end there.

Corey’s screams on (sic)nesses sound terrific. The Rock Am Ring performance sounds like the guitars are playing a slightly altered riff at the start of the song. I like it. It’s also kind of a weird performance because the band looks pretty tame or bored, especially when they cut to Sid.” A Slipknot member was recently spotted driving a ridiculous car.