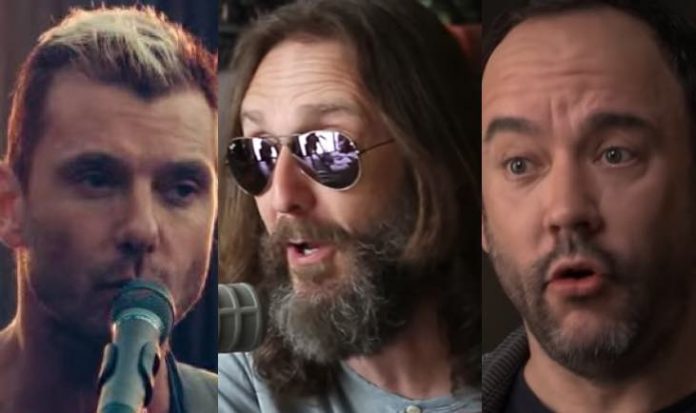 The Black Crowes drummer Steve Gorman called Bush and Gavin Rossdale as ‘Grunge wannabes’ and used a vulgar word to discuss Dave Matthews Band in his new book Hard to Handle: The Life and Death of the Black Crowes.

Gorman said, “But by now, the summer of 1997, it felt like we’d already been out of fashion forever. It had been forever since we mattered. With Southern Harmony, we survived grunge. We were still strong. By the time Amorica came out, however, there was the f**king Dave Matthews Band.

And then the second wave of grunge wannabes. Bush and Live were selling millions of records. Then there was Matchbox Twenty. And Third Eye Blind. Jesus, every couple of months there’s a new f**king thing and we are officially ancient now.”

Keith Richards called out a The Black Crowes ripoff last month. Gavin Rossdale wrote a few days ago, “today is the 25th anniversary of our first record -16 stone – also known to me as the day my life changed forever. I went from the shadows into the light. It’s been an incredible and relentless ride. These songs written in innocence and in total ignorance of their potential, was just the four of us making music, the change was wild and seismic and having just received the insane numbers from @spotify for this year and having played to 250,000 people this summer alone, just goes to show, that in our counter culture way, these songs endure and the magic remains.

I am so grateful to the band and the producers Clive Langer and Alan Winstanley and our then manager Dave Dorrell, and of course to those who matter the most, the people, thank you for your support and encouragement, interestingly we have made many records since this one but this record is a beautiful part of our history – and the best debut possible -get ready for the next one.” Gavin Rossdale leaked a heartbreaking Metallica singer video a few days ago.