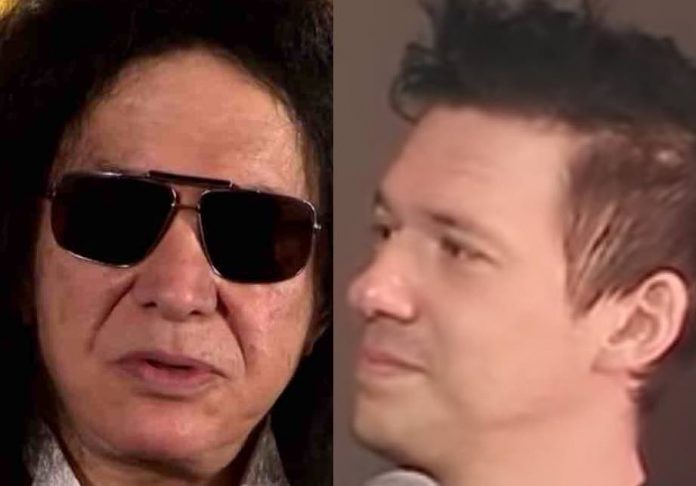 Ghost frontman Tobias Forge revealed that what Gene Simmons and KISS did to Ghost is significant, as their music had an ‘enormous impact’ on him. Forge recently revealed how he deals with vocal difficulties onstage at concerts.

He told Billboard, “Kiss and Alice Cooper have had an enormous impact on me, ever since I was a tiny tad bigger than an infant. I like Blue Oyster Cult, but they were never as big of an influence as people think they were because they never had the significance for me as Kiss or Alice Cooper had. It’s more a matter of [Ghost] being melodic rock but with a lot of multi-harmonized vocals that makes it sound like BOC.”

A Foo Fighters member reveals a surprising KISS secret yesterday. Forge humbly said about Ghost’s fall North American reunion tour, “It’s our first consecutive American arena headlining tour, which is an affirmation of a job well done, I guess. There’s absolutely nothing wrong with playing theaters — I love playing theaters as well, which we’ve done a lot — but the one thing about theaters is that they are often seated, and I really, really don’t like seats because it disrupts the flow and the energy of the crowd.”

Forge said he loves arenas because “the people who are standing in the front on the floor are the ones who cause the energy.”

“You can’t have a goal for your aesthetic operation to continue to grow if your intentions with it is to be less known. It doesn’t work like that. That’s defying physics. So I knew that for every step that I was taking in order for the band to become bigger, I’m taking a potential step of ruining the anonymity. But I also need to be clear in saying that the concept of anonymity as opposed to masked, that was something that I gave up very early. That’s why I always said in interviews there’s a clear distinction about being anonymous and about being masked versus unmasked. And some people picked up on that, [and] some people did not.” Tobias Forge recently revealed the Ghost album he can’t listen to.