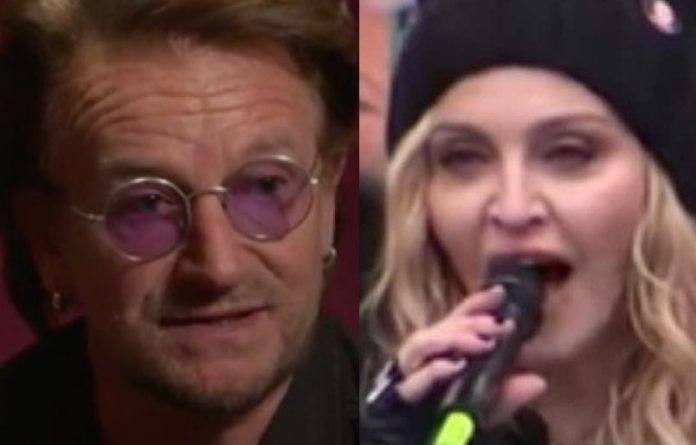 U2‘s legendary guitarist The Edge recently spoke upon the legacy and impact regarding the group’s landmark 1987 album, The Joshua Tree. Here, in a new interview with New Zealand based news outlet – 1 News, the U2 guitarist reveals how ‘The Joshua Tree’ was unlike anything else hitting the charts at the time, as the time-period was “dominated by Madonna, Material Girl and material things”. U2 singer Bono recently apologized for this horrible and sexist remark.

Bono called this U2 bandmate a ‘bad man’ in recent awful video. The Edge told the outlet the following: “Yeah, it’s [The Joshua Tree] one of those enduring albums. When it was first released it seemed so at odds with everything else at the time. This was the 80s, the period of music probably dominated by Madonna and ‘Material Girl’ and you know,  material things. We were four Dublin lads that decided to use the desert as our messenger and write songs that were, at times, kind of bleak almost but we were kind of looking for a kind of positivity within a slightly bleak phase that we saw around.”

Bono was devastated by this tragic U2 car accident the other day. The guitarist continued: “Politically speaking, we didn’t hold back. We launched into a lot of topics that most rock and roll bands that wouldn’t of wanted to address. So, it’s funny, although it’s very much about that time and what was happening in the world it almost seems like the politics in the world has come full circle. It’s almost or is as relevant now today as it was back then.”