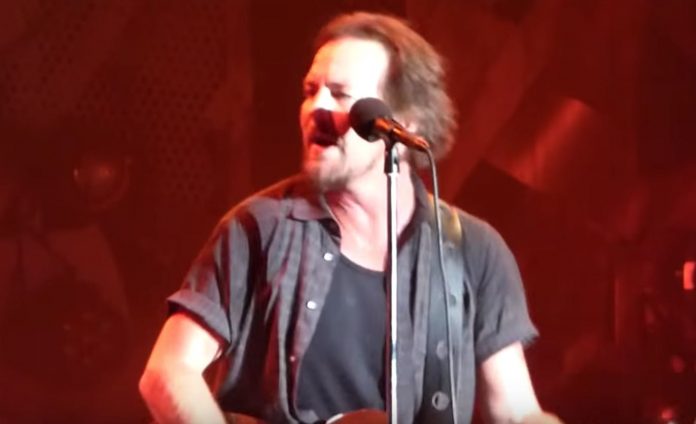 It has been reported how Pearl Jam and Motley Crue do not share a cordial relationship. Both Eddie Vedder and Nikki Sixx have been noted exchanging words in the media. Pearl Jam’s Ten Club President Tim Bierman recently hit back at Motley Crue’s Nikki Sixx for making some harsh comments on Pearl Jam. The band’s frontman Eddie Vedder had once stated that he did not like Motley Crue due to their lyricism which shines women in a poor light. In fact, Eddie Vedder said how he despised the band. Nikki Sixx took this very personally.

Many popular names have noted the contentious relationship between both the bands, and WWE legend The Iron Sheik is seemingly tired of the beef between both the stars. He is quite active on Twitter, and this time around said some harsh words on Pearl Jam and Motley Crue. It turns out that the bands might face consequences if they don’t end the exchange. Eddie Vedder may be humbled.

The Tweet read: “PEARL JAM AND THE MOTLEY CREW BOTH OF YOU SHUT THE F**K UP BEFORE I BEAT THE F**K OUT OF BOTH OF YOU”

Nikki Sixx also saw many of his fans come to his side on Twitter by stating such things as: “My best friend is about to have a baby. I will recommend Pearl Jam songs to put the baby to sleep hahaha.” Nikki Sixx then suggested that the new parent should just put ‘marbles in their mouth’ and sing as they would soothe the baby even more due to the ‘zen’ of it all.