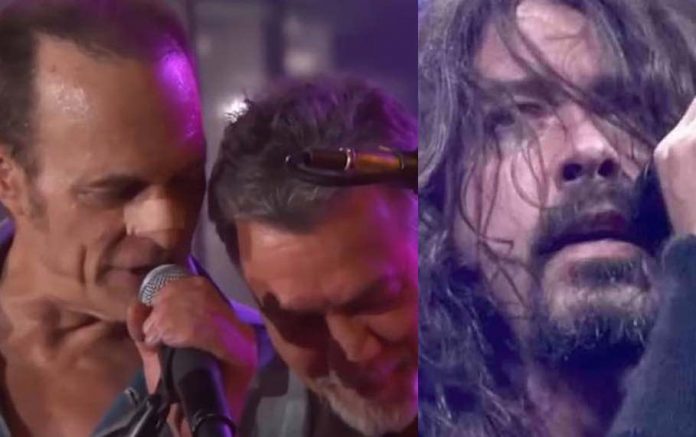 If you try and use Dave Grohl, I mean, I could do it because I’m a pro, I can recognize the musician from across the room but is there someone certifiable that you know what you’re gonna do? You’re gonna touch your toe, you’re gonna do the mile-wide smile – actually, I can get my smile and I did this with practice because I couldn’t originally do it of course. You have to work it like the contortionists at Cirque Soleil. I can get my smile to wrap all the way around my head.”

You would imagine that a guy who you did “Just a Gigolo” and things like that probably has a cross-genre appreciation for different things.

Kurstin: I think [David Lee Roth] is a pretty well rounded guy. I was listening to an interview with him on Joe Rogan, and they were talking about jazz, and I think it was one of those things where Joe Rogan didn’t really understand jazz, and just (Roth’s) explanation of it was really cool. You could tell he’s checked it all out and really gets it.

Do you follow or even enjoy the soap opera that is perpetually attached to Van Halen, even in the years when they’re not working? The latest was that maybe they were going to offer to let Michael Anthony in on the next reunion, but then it never happened.

George: When you’re in a band and you get that big, it’s got to be having a child. You’re so connected, and even if you don’t like the person you still kind of have to be engaged with them. It is sort of sad, but you have to see some sort of humor in it as well. I’m just glad that Greg and I get along.