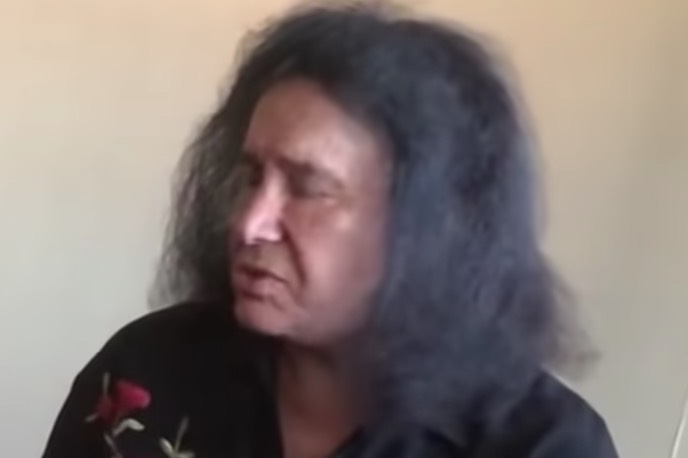 Acclaimed Kiss bassist Gene Simmons recently took to social media via Twitter to share the following photo. The photo is actually a comic strip by the artist Scott Hilbum and it depicts the ‘seldom used accessories of the famous.’ Examples that are seen in the comic include ‘Bob Ross’ Prozac’ and ‘Thor’s screwdriver’. However, there was one particular entry into this strip that caught the eye of not only the Kiss icon but us as well – ‘Gene Simmons’ brillo pad’ which is supposed to be his hair. This ‘bad’ photo of Gene Simmons daughter recently leaked: ‘I don’t look good’.

Simmons responded to this clever comic strip by stating on Twitter: “Now, now…let’s not be jealous.'”

Gene Simmons’ wife confirmed this horrible firing news. In other news regarding Gene Simmons and Kiss, fans took to social media recently to discuss one of the band’s most famous albums in ‘Creatures of the Night.’ One Kiss fan stated: “I was wary of this album. To me, Kiss always consisted of Paul Stanley, Gene Simmons, Ace Frehley, and Peter Criss. Chronologically, this album follows the unmitigated disaster that was “Music From The Eder”, the first album not to feature Peter Criss on drums (he had been kicked out of the band for his problems with substance abuse). “Elder” was so bad that Ace actually left Kiss entirely, feeling that the band was spent. Only with pleading by Paul and Gene did Ace allow his face and name to be used on this new album, “Creatures of the Night.” But make no mistake, new member Eric Carr definitely steps up the drumming and the then-unmentioned guitarist (Vinnie Vincent) fills in nicely the space that Ace once occupied.”

This Gene Simmons ‘miserable’ lonely restaurant photo was revealed not too long ago. The fan continued: “The album more than hints at the pre-Dynasty albums, with a sound more akin to the harder, earliest albums such as “Hotter Than Hell” and “Kiss.” There is not a bad song on the disc, and it is more than worthy of any Kiss fan’s collection. In my opinion, this is the best Kiss album until “Revenge”, and stands as the last of the “masked era” albums (until Kiss went back into makeup with Ace and Peter on “Psycho Circus” and subsequent albums).”

Now, now…let’s not be jealous. pic.twitter.com/c6Wy4gxTIg