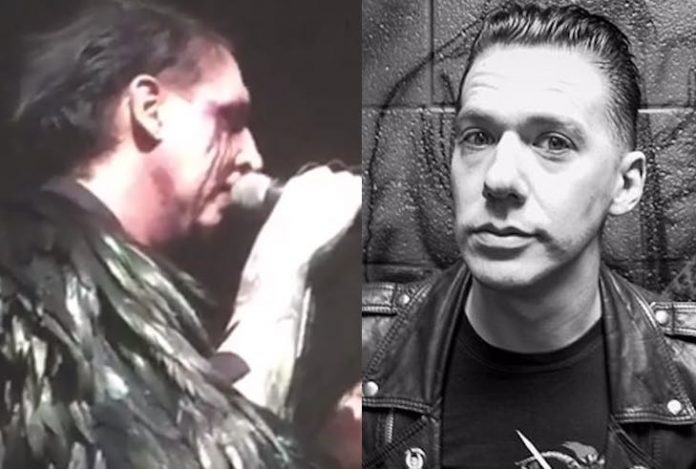 Ghost frontman Tobias Forge revealed that shock rockers like himself and Marilyn Manson owe their careers to Alice Cooper. Forge made a stunning Jimi Hendrix remark a few days ago.

He said on the Rage television program, “What is shock rock without Alice Cooper? I lack the proper words to fully explain how extremely vital he has been for the whole genre of rock and roll, really, but also speaking from a context where, I guess, we are also a theatrical shock-rock band, we wouldn’t have been here had it not been for Alice Cooper.”

Howard Stern recently dropped a gross Marilyn Manson bombshell. Tobias Forge recently told Fearfest Evil, “I guess that would be very natural, and quite logical to think that. Going further, if we parallel-compare the horror genre with metal, not only are they alike, but they are also alike because you have the creators of what instigated the horror genre that eventually led to a myriad of filmmakers essentially paying tribute to a lot of those older films. Same way that metal was created by people originally playing blues and funk music who then stumbled into making metal, and then all the metal bands that came after that are in a way, unfortunately dogmatically, sometimes just paying tribute to other bands.

I come from a death metal underground, and it’s basically full of horror name dropping! I know that a lot of classic films made back in the ‘60s and ‘70s, especially in the ‘70s, were inspired by previous horror/thriller makers. Obviously Hitchcock influenced others, Terrance Fisher.”