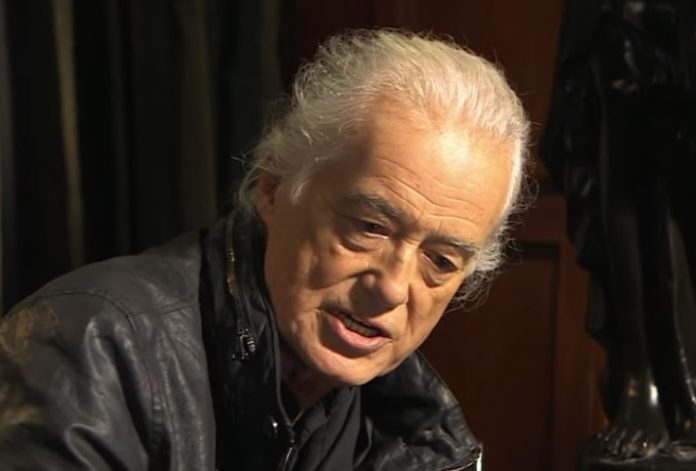 Jimmy Page has confirmed the death of Led Zeppelin photographer Terry O’Neill to cancer on his social media. He wrote, “Terry O’Neill (1938-2019), RIP.” Jimmy Page took a brutal shot at Depeche Mode a few days ago.

Priscilla Page said, “Terry O’Neill on his 1964 photograph of Honor Blackman on the set of Goldfinger: ‘I wrote her character’s name in the sand and asked her to pose by it on a beach location on Gozo near Malta. It’s become quite an infamous shot now but at the time, it was taken all in innocence.'”

James Bond wrote, “We are very sorry to hear that British photographer Terry O’Neill has passed away at the age of 81. Terry photographed all of the Bonds. Our thoughts are with his family at this sad time.”

Andrew Neil chimed in, “My old friend and colleague Terry O’Neill died late last night. He was a wonderful photographer, among the world’s greatest. He was an even more wonderful friend. I will miss him. I have only happy memories of all the glorious times spent in his company.”

Robert Plant turning down a stunning Jimmy Page offer was revealed last week. The Who tweeted, “It is with great sadness that we heard of the passing of our dear friend, photographer Terry O’Neill. Terry worked with The Who for many years. Rest in peace, dear Terry. Terry O’Neill CBE, 30 July 1938-16 November 2019.”

Page also wrote on his social media, “On this day in 1966, The Yardbirds played Michigan State Fair in Detroit, MI, where Dick Clark made an appearance to check in with his Caravan of Stars! ⁣
⁣
This gave me an opportunity to meet Andy Warhol again, who had come to the fair to present the Velvet Underground.⁣” Jimmy Page recently called a famous woman a ‘recluse.’