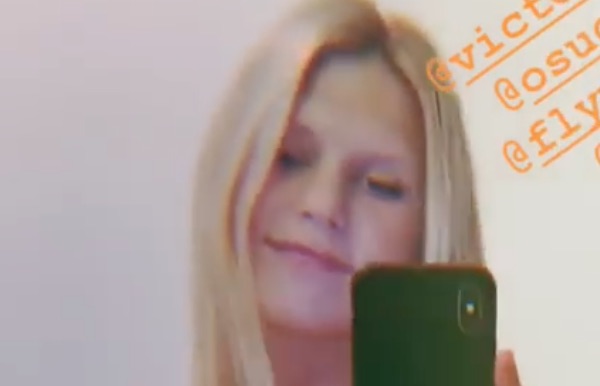 The Rolling Stones guitarist Keith Richards’ daughter Alexandra Richards has filmed a video of herself in beautiful workout clothes as she shakes her body, seemingly ready for a great workout!

Alexandra recently got married, and Mick Jagger mysteriously didn’t show up, and she wrote on social media about her wedding, “Truly blessed. Words can not describe the love we have and shared with our family and friends last weekend. Jacques and I will never forget this beautiful day. Being that it was a private family affair, I’m happy to share a couple of moments we had. Again a huge thank you to the Lachat Town Farm for having us! @lachattownfarmersmarket 👰🏼❤️🤵🏽 Great music, great food and great company what else could we ask for! 📸 @tomopoole & @kevinmazur #HarvestMoon.”

Richards’ daughter recently posted a photo after she’d thrown off her wedding dress. She also recently posted about an iconic photo of her parents, “#tb 2007 for @fekkai campaign 📸 by @therealpeterlindbergh While on set for this shoot, Peter and I got to chatting and I mentioned it was my parents anniversary in a couple weeks and I had no idea what to get them.

He said he might have something in mind. I gave him my address an what I received was the unexpected. He had made a fresh new print of one of the most iconic photographs he had taken of my parents, framed and ready to go. His generosity and talent will never be forgotten 🙏🏼” Jimmy Page recently revealed what he did with Keith Richards’ girlfriend.