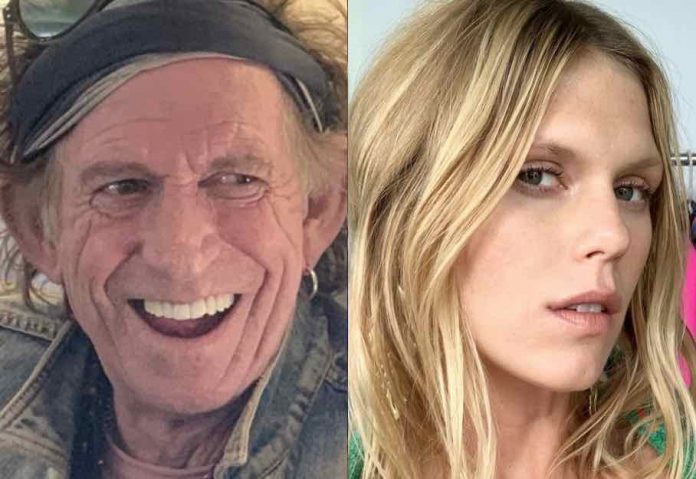 The Rolling Stones recently reissued ‘Let It Bleed’ for its 50th anniversary, and fans weighed in on the IORR.org forums. AB posted, “Got the Let It Bleed and brown Band super deluxes yesterday. Both albums are sacred tomes.

The LIB set has 2 180g LPs (mono and stereo) and 2 hybrid SACDs (mono and stereo) of the album, a contemporary 7″ single with a very important non-LP A-side, a poster, 3 prints and an 80-page hardcover book. No dice, marbles, pins, or scarves. Currently goes for about $100.

Both are HEAVY on redundancy (4 versions and 2 mixes each of the albums they celebrate) and seem overpriced. But at least I can find a way to justify the Stones’ pricing: $15 per LP and SACD, $10 for the single, and $30 for the book.

Keith Richards’ daughter recently revealed a gross Keanu Reeves photo. Bashlets commented, “Maybe it’s my aging ears but I thought the sound on this was really good. Better than 2002 I guess is up for debate but I cranked up both the vinyl and stereo sacd and danced the whole way through. Yup, caved for the $100 box. I’m usually a pretty logical guy but with the stones logic goes out the window and I purchase purely on emotion. Been that way since I was 10 and saw the Stones on Dick Cavett show in 1972. It’s an illness and addiction that will last until my dying breath.”

Ragnbert wrote, “In the Band case they have almost done a new stereo remix and an 5.1 remix as well. A new remix is what would be interesting. Just see all comments on the Abbey Road new mixes. People hear things they never heard before. No background noise, surround sound remixes. LIB is still the same even though it sounds quite good I’m sure it could sound even better with a new mix from the multitracks. Found a surround remix on the internet of Gimme Shelter. Fantastic. Merry Clayton singing to you from left behind. WOuld like the whole album remixed in 5.1.” Keith Richards also revealed The Black Crowes’ ripoff.