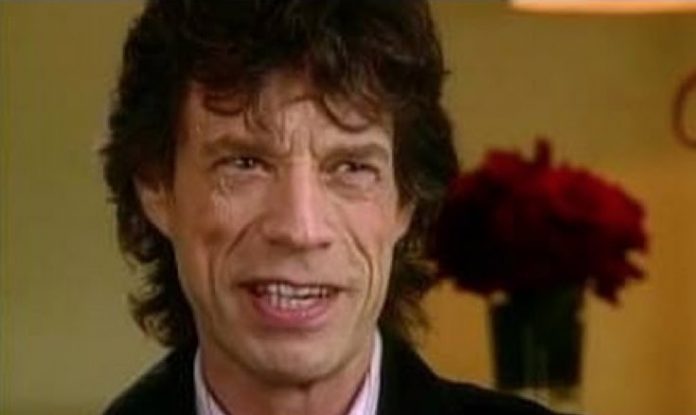 The Rolling Stones singer Mick Jagger has had new photos of himself acting in ‘Burnt Orange Heresy,’ and WWE wrestler Paige believes she looks just like him after the Daily Mail said he looks ‘unrecognizable.’ Paige said, “My dad tells me I look like mick jagger.” Mick Jagger nearly replacing a The Rolling Stones bandmate was just revealed.

DexStrangechain posted on Reddit about Jagger recruiting Ronnie Wood to join The Rolling Stones, “As someone not very familiar with their music could someone give me examples of Ronnie Wood’s best contributions to the band? I’m more familiar with their early to mid 60s music, and from what i see most people think their best music was from 1968-72 and he didn’t join them til 74 to 75 right? what do y’all think of him as a member and musician? thank you!”

ZOOTV83 responded, “Overall I think Taylor is the more talented guitarist but Ronnie seems to fit with the band more than Taylor did in his brief tenure. For example, on L.A. Friday he was just brought in as a temporary replacement for Mick Taylor for the Stones’ 1975 American tour, but Ronnie fits in really well with Keith and you can tell Mick J is enjoying having him there as well.

Ronnie brings a certain energy to their live performances that I really like. During the Taylor years, the divide between lead and rhythm guitar seems more apparent. With Ronnie though, him and Keith tend to weave a lot more, sharing lead and rhythm parts.

Ronnie’s best contributions to the band IMO are on Some Girls and the corresponding live album/DVD Some Girls: Live in Texas ’78 where his guitar playing both blends with Keith’s and still managers to stand out.” Michael Jackson’s daughter recently unloaded on Mick Jagger disrespect.