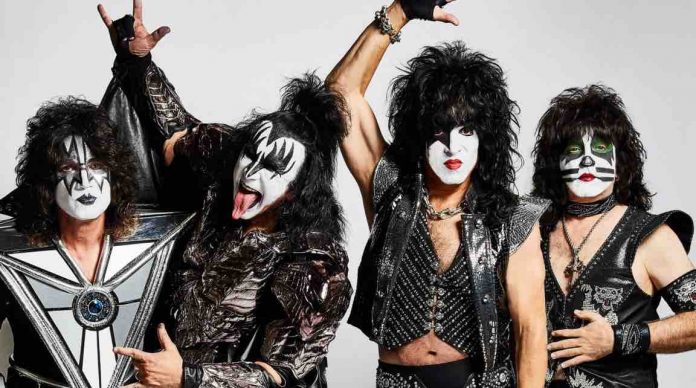 Member of the Kiss fan forum KissFaq, Goady recently attended the Kiss show in Osaka, Japan and brought up several key points that took place during the event. One of these important points that he brought up on the fan forum was that Paul Stanley, acclaimed Kiss frontman, stated that this was his ‘last time in Osaka.’ KISS icon Paul Stanley looks ‘miserable’ in train station photo.

As the user wrote: “My second show of the Japan tour. Key points :

– For me better than Tokyo. Band seemed more tight musically and also relaxed in attitude. Let me go RnR was phenomenal tonight. Find the beginning of Black Diamond on YouTube to see them joking around with each other.
– Yoshiki played Beth and RnRan again
– Do you love me replacing Crazy Nights, otherwise standard setlist.
– Crowd atmosphere phenomenal as per Tokyo
– Loads of the venue staff (pretty young ladies) wore professionally applied KISS make-up and very amenable for selfies. Created great pre-gig atmosphere.
– Paul stated ‘last time in Osaka’. He didn’t say this in Tokyo which convinces me further they will play Tokyo again early 2021 when they no doubt reschedule Auz.
– Strangely I felt was more pyro in Osaka than Tokyo, including Tommy rocket shooting guitar, which Tokyo didn’t have. I guess H&S more relaxed in Osaka?

I thoroughly enjoyed the show and for those who continue to complain about setlist, Eric&Tommy, lip syncing, lack of stage moves. Well I have seen KISS in many guises since 1984 and this was up there with the best!

Can’t wait for the final show tomorrow in Nagoya.”

Paul Stanley ‘lonely’ KISS meet & greet photo revealed. In other Kiss and Paul Stanley news, fans of the ‘hottest band in the land’ recently took to social media to look back on one of Kiss’ most impactful albums in Destroyer: Resurrected.

One fan said: “If you are a real KISS fan you will love this new release. I grew up in the 70’s and originally I listened to this on an old record player. I put this CD on my very high-end surround system today and I was in awe of the sound that they have gotten out of the original tapes using modern electronic technology. WOW! They really woke up this classic KISS album! The original remaster of this album was much clearer than the original but it lacked punch. Not the case here. If you really love this album as I do then you will love this new release.” Paul Stanley forgets KISS makeup in bad onstage photo.