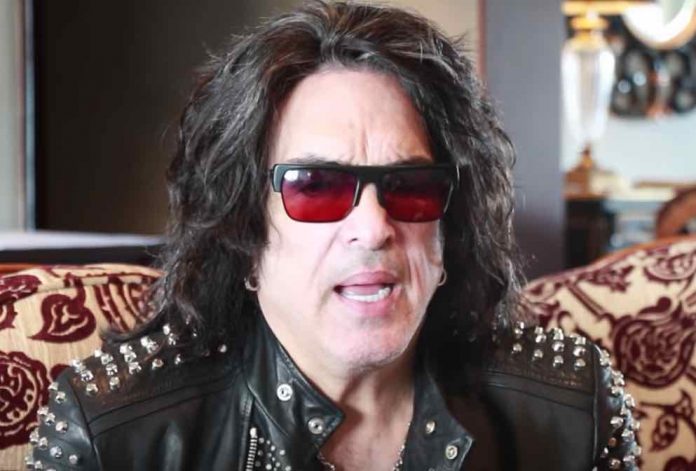 KISS frontman Paul Stanley took to social media via Twitter to share his lively night out with his band brothers in arms and wives. Stanley stated: “Had An amazing Dinner Last Night At Beauty&Essex With The Band, Our Ladies And Doc. Chris Santos… You Rock! everything is Terrific. Food, Service, Atmosphere… It’s All Just Great. My Favorite Night In A Long Time. Thank You.” KISS icon ‘turns down’ Paul Stanley reunion performance.

In other news regarding Paul Stanley and KISS, millennial and younger fans recently took to the KISSFaq fan forum to discuss how they discovered the ‘hottest band in the land’.

Paul Stanley hiring new KISS replacement recently revealed. KISStianoRonaldo stated: “I was born in ’85, so I suppose I qualify as a millennial although I think it’s a bit weird to refer to oneself as such, anyways. I Hated KISS for most of my life, I thought they were lame as fuck and just couldn’t understand the appeal, then one day I found myself listening to the Detroit Rock City over and over, next up was Lick It Up and after that, they just clicked and I fell completely down the rabbit hole – I’ve probably listened to them every day since. Bought most of their albums, watched a ton of vids/documentaries, joined this forum and even caught them on the End of the Road tour in what was one of the best concert experiences of my life.

The user continued: “I wish I’d got into them sooner, but the beauty of joining the party so late is you tend to not have any biases in terms of eras or lineups so I love all eras of the bands and would even go as far as saying Crazy Nights makes my top five KISS albums!”

Paul Stanley unloads on final KISS tour backlash. While Scottie Rhodes put: “I’m an older millennial, so I was a bit young for most of KISStory but thank god for home video and reruns. I remember seeing KISS meets the phantom as a child in the mid-80s on tv. it was great, but then flash forward to the Brooklyn bridge show and I was able to experience that live and also got to see kiss at Cobo which is something every kiss fan should have had a chance to do. The one kiss experience I could turn back time for? I’d go to any random creatures tenth-anniversary tour show with a camera or maybe the opening show because the music on that tour was something to be heard.

Had An AMAZING Dinner Last Night At Beauty&Essex With The Band, Our Ladies And Doc. Chris Santos… You Rock! EVERYTHING is Terrific. Food, Service, Atmosphere… It's All Just Great. My Favorite Night In A Long Time. Thank You. @SantosCooks pic.twitter.com/f0JfAHnjJD