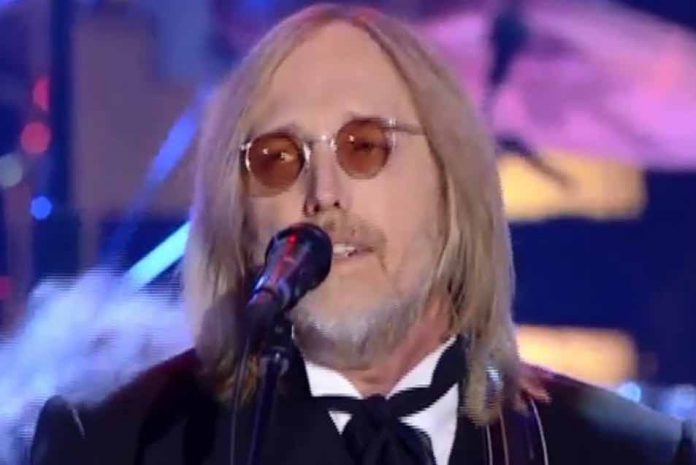 Tom Petty‘s daughter Adria has leaked one of his final notes to fans on her social media account. Tom Petty’s daughter recently made a sad John Lennon claim.

Adria Petty said, “My dad put a P.O. Box on the back of full moon fever and we actually used to go there and read the letters from the fans each week. The whole family would. And its just so sweet to think of the effort and the connection dad made with his fans.

Not to sell them anything necessarily but just to commune. We are so honored to be receiving your messages and feedback on how to improve our businesses thank you to all the TP fans that reach out and let us know when we do a good job. Or a bad one. We rely on you. Xx adria”

Yopietro recently posted on MudCrutch.com, “I followed a strange thread that ended back up at the Warren Zanes’ Maxwell House story. Follow me on this one. The coincidences are kind of delicious.

Last night I was listening to a live Petty version of The Stories We Can Tell on youtube. I noticed as it was finishing that there was a John Sebastian version of the tune, which I was curious about. Turns out the song was his original. I went to wikipedia to read a little more about John Sebastian. I knew he was part of the group The Lovin’ Spoonful back in the ’60s. It turns out they got their name from a 1964 Mississippi John Hurt song called ‘Coffee Blues.’

In this song, Mississippi John Hurt sings about his love for Maxwell House coffee. It’s basically a love poem to Maxwell House. I started considering that Tom, with his great appreciation for music history, was slyly and with a wink giving a shoutout to this blues song in the Zanes article. After all, both his daughters and Dana came out after to say that Tom didn’t drink Maxwell House. So I figured Tom was putting on Warren Zanes and maybe it was a tip of the hat to this old Coffee Blues song.

Then, when I went back to reread the Zanes Rolling Stone article, I was more than tickled at the title of piece. ‘Tom Petty’s Biographer on the Story He Didn’t Tell.’ The title line didn’t come from a Tom Petty song but rather a song he occasionally covered. A cover song from a guy who named his band after a lyric from a song about Maxwell House coffee.

It’s probably all just fun coincidence, but wondering if there’s a slim possibility that it was all orchestrated and that maybe even Warren Zanes was in on the joke himself. Perhaps at Tom’s behest. (I’ll take off my tinfoil hat now 😄)” Tom Petty’s daughter revealed a creepy Mick Jagger photo a few months ago.